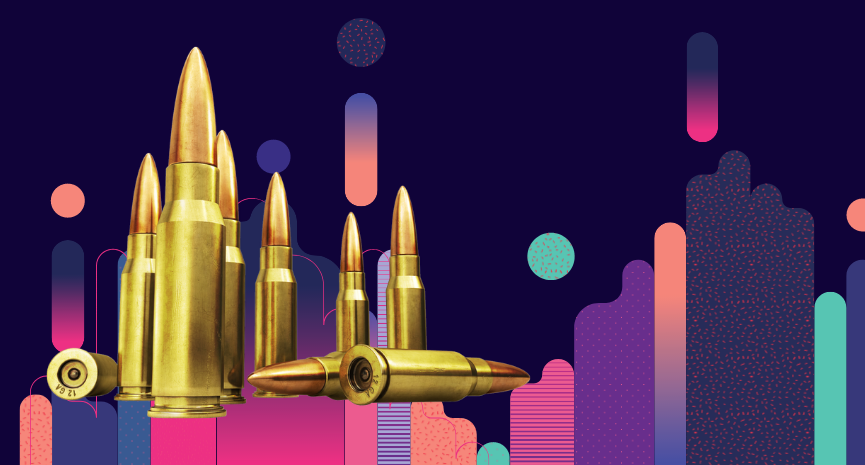 At the start of the 21st century, it was marked with significant progress in the ammo industry, mainly improved by the US Military and the Global War on Terrorism (GWOT). About the same time, several leading and small ammunition producers have sought and independently manufactured cartridges with terminal knockdown surpassing .223 Remington/5.56mm NATO performance and .308 Winchester/7.62mm NATO within the wildly popular AR-platform rifles.

Although the present day, the 6.8mm SPC round is offered in its second and soon third generation, some background on the SPC ammo’s origins should be disclosed. Within the Enhanced Rifle Cartridge (ERC) package and at the request of Special Operations end-users, in 2002, Remington Arms manufactured the 6.8mm Special Purpose Cartridge, based on shortened commercial .30 Remington case.

Created to work in the AR-15 family of rifles with the end goal being extremely superior to the 5.56mm cartridge in a Short Barreled Rifle (SBR)/Carbine, the 6.8mm Remington SPC is half-way between the 5.56x45mm NATO and 7.62x39mm in bore diameter.

As an exceedingly effective, yet lightweight cartridge, the 6.8mm SPC is becoming super popular as a hunting cartridge with the Black Rifle crowd. Combining a near-perfect balance of stopping power and recoil, it is a prodigious round for a small to medium-sized game, such as deer and hog at ranges up to 300 yards.

The 6.8mm SPC did get a strong cult following in the commercial market and major ammunition companies produced several different loads intended for home defense purposes, hunting purposes, and even recreational shooting.

As curiosity increases and only to justify its “Special Purpose” moniker, the Special Forces SPC team requested for the American ammo manufacturer to utilize specific powder, which contains an organic flash inhibitor in order to reduce muzzle flash in low light conditions. Soon the 6.8 SPC is being used overseas against many enemy fighters where it provided increased lethality and stopping power over the 5.56 mm cartridge.

The 6.8mm is openly made for use in short-barrelled rifles, while it was originally planned to propel 115-grain bullets at an average speed of 2,600fps with 1,696 ft-lbs of energy on average, making it really powerful enough to take out medium to medium/large-sized hunting game.

On the other hand, when compared to the specialized 300 Blackout or with the full-size 7.62mmx51mm NATO, the 6.8 SPC doesn’t really do any single job perfectly. As a matter of fact, it is a bit of a jack-of-all-trades in the AR-15 world, but it does almost everything pretty great.

As a result, despite the obvious advantages and benefits over 5.56mm, the 6.8 SPC was never accepted on a full scale in US Military or LEO, but a few foreign contracts have been already been inked with some Middle East governments. Surprisingly, the 6.8 SPC has become a really popular hunting cartridge and an attractive alternative for AR hunters who need more wow-factor and power.

Actually, the energy of the standard 6.8 SPC 115-grain projectile is about 44% higher than a 55-grain, 5.56mm bullet at 100 to 300 meters. It means that these larger-caliber rounds provide more versatility and potential for hunting game larger than coyotes with a minimal increase in recoil.

Here are some of the best 6.8 SPC ammo on the market as of this writing. 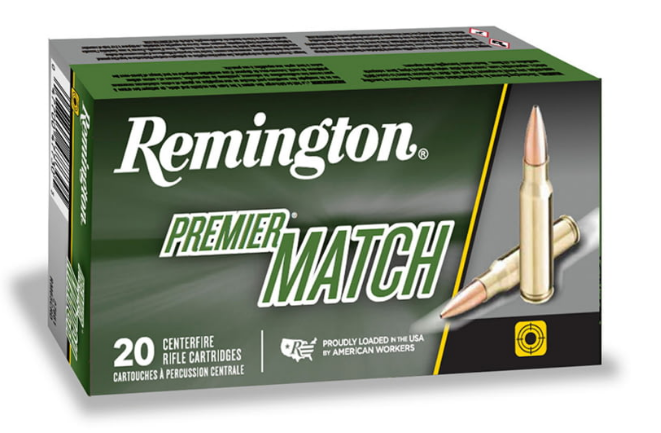 While using the .277 bullet, the 6.8 SPC is really just a .270 Short and signifies a fantastic whitetail cartridge chambered in the AR-15 platform. The 6.8 SPC has a mega huge cult following of commercially available hunting ammo, which allows you reliable, ethical kills on deer at closer ranges of less than 300 yards, depending on the machinist.

The Remington Premier Match 6.8mm SPC round is a 115-grain projectile, which is perfectly made to target medium game like the whitetail deer. This peruses a 115-grain Sierra MatchKing Boat Tail echoing point projectiles (BTHP) that is engineered and loaded to exacting tolerances for precision accuracy at long range.

The Premier Match ammo line comes with premium, reloadable brass cases and non-corrosive primers. With a muzzle velocity of 2,800 fps and muzzle energy of 2,002 ft-lbs, the Remington 6.8mm SPC Premier ammo is not only an outstanding choice for hunting deer but is also an attractive choice for competition shooting, making sub-moa 5-shot groups at 100 yards. 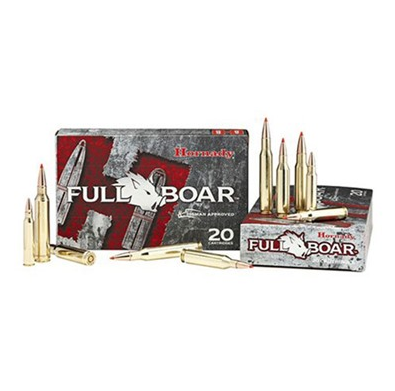 Hornady’s new Full Boar ammunition has been tailor-made to tackle various dangerous games, of the two or four-legged variety. On top of the the 6.8 SPC, this Full Boar ammo lineup is available in several other popular hunting chamberings.

Applying accurately measured propellants for every round, the Hornady Full Boar load launches 100gr 6.8mm Gilding Metal Expanding (GMX) bullets at an average muzzle speed over 2,550 fps with a muzzle energy of 1,444 ft-lbs.

A cavity beneath the polymer tip allows for expansion of the round upon contact but with a uniform, controlled expansion supreme in similarly constructed ammo. Along with deep penetration, the GMX bullets comes with maximum weight retention after impact and formation of the permanent cavity achieving some of the most remarkable statistics on the market today.

The monolithic-style GMX bullets are engineered from a unique, homogeneous copper without a lead core, so they are companionable and approved in eco-friendly regions that require the use of non-traditional bullets. 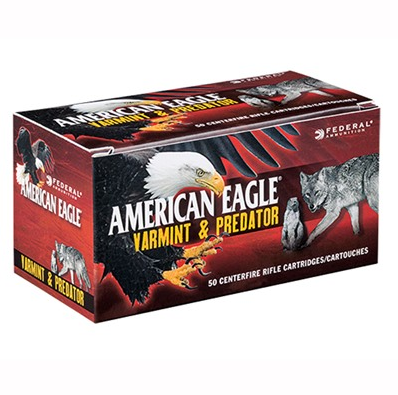 Federal Premium Ammunition expanded its American Eagle line-up back in 2016 by introducing the Varmint and Predator series that includes a 6.8 SPC cartridge. Topped off with 90-grain jacketed hollow point (JHP) projectiles, these new, hotter loads are engineered to Federal’s Tipped Varmint pattern and provide some of the best features for 6.8 SPC from standard 1:11 inches twist rate barrels.

American Eagle Varmint & Predator loads with 90gr hollow-point bullets have an MV of 2,990fps, whereas it produces 1,786-ft-lbs of muzzle energy. The JHP bullets expand explosively on impact while achieving optimal lethality, making it the perfect round for the avid varmint hunter.

The Varmint & Predator round peruses Federal’s reliable primers and new reloadable brass casings. This flat-shooting and affordably-priced load features reliable expansion capabilities to take down varmint and other game. 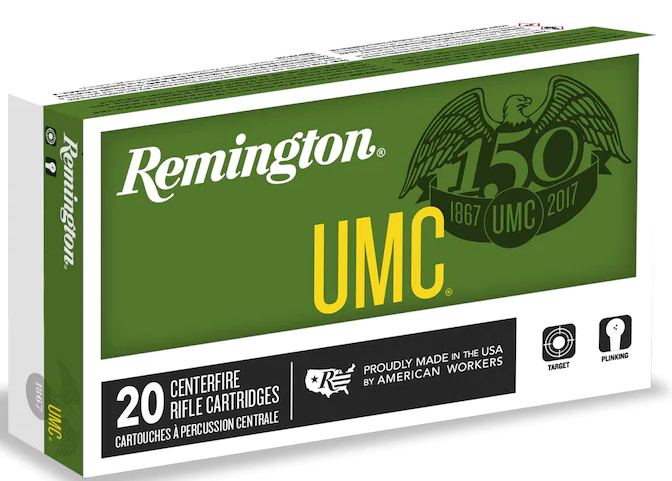 These UMC 115-grain rounds provide and offers a mild recoil, providing marksmen with an excellent value for target practice either for competition or when preparing for a major hunting season without shelling out too much money on expensive premium rounds.

While brilliant for high volume activities like training and plinking, the affordable UMC bulk ammo may have a little discoloring (no corrosion) which of course doesn’t compromise reliability and user safety. 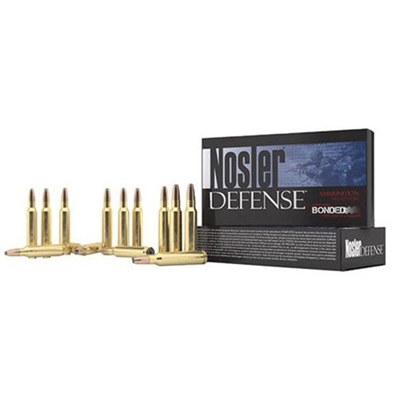 The best options available for self-defense ammunition in AR platforms comes with 2 main constructions: fragmenting projectiles and solid-bonded bullets for controlled expansion. The Nosler DEFENSE 6.8 SPC is an outstanding go-to home defense round because it is loaded to the firmest of tolerances for maximum knockdown power, consistency, and dependability.

Loaded with a Bonded Solid Base 90-grain point bullet, the Nosler Defense Rifle ammunition comes with a polymer tip design for reliable feeding in semiautomatic rifles. The bullet-style called Bonded Solid Base (or BSB for short) means that all projectiles have a tapering jacket and have passed through the AccuBond bonding process to prevent fragmentation and provide almost 90% weight retention and optimum barrier penetration.

While initially, the 6.8mm Remington SPC offers excellent terminal, reliability, and precision performance out to 450 meters, it was not made to be a plinking rifle. However, with accumulative and growing popularity, improved availability of factory-made ammunition, and a wider choice of AR-15 platforms, the 6.8 Remington Special Purpose Cartridge (SPC) is repeatedly growing and thriving in the civilian gun community.

Besides being outstanding hunting projectiles advertised by some of the biggest names in the hunting world, we are even seeing affordable plinking ammo offered in bulk packs perfect for high-volume shooting, as well as long-range shooting the best quality ammunition, hitting the shelves.

Therefore, for individuals and agencies that needs a caliber larger than .223 that will function reliably in an AR-15 the 6.8 SPC is an outstanding ammo choice. As we’ve mentioned before, if the military adopts the round, the general public will naturally follow suit. Just have look at the 30-30, 30-06, 5.56, or .308. However, from the current perspective, it may never have the achievement of the 5.56/223, but it’s still a cartridge that can hold its own.

The 6.5 Grendel shoots in a smaller diameter and generally more aerodynamic bullets than the 6.8 SPC. Trajectories and reserved kinetic energy are similar at typical hunting ranges, but the 6.5 Grendel comes with more energy, less bullet drop, and less wind drift at ranges past 300 yards.

What Is The 6.8 SPC Ballistics Performance?

The ballistic coefficient is superior compared to the 5.56 in relation to the energy, particularly due to the bullet weight. Hence, 6.8 SPC is capable of delivering higher ballistic coefficient, approximately 44% more on average than the 5.56 where the performance is enhanced shorter barrel length.