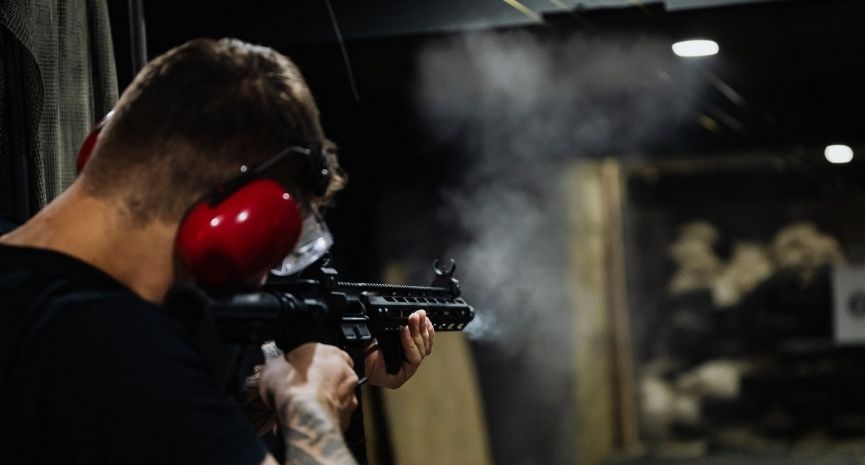 A set of quality bolt carrier group product should come with suitable corrosion resistant protective coating and needs to be designed with material that can allow it to withstand high pressures and thousands of rounds that you expect to put out with the gun.

1. The firing pin will strike the primer on the chambered round.
2. Spent shell casing is ejected from the fired round.
3. Hammer is re-cocked in the lower receiver in preparation for the next round.
4. Chambering a new round from the magazine.

The act of chambering a new round and cocking the hammer allows the entire cycle to repeat, eliminating the need for a manual bolt or single-shot configuration. Hence, creating a semi-automatic gun.

The compressed spring will then re-expand rapidly to drive the bolt carrier back into the upper receiver. This entire process takes less than a second which is why it’s much more efficient than a bolt-action rifle.

Faxon Firearms made their 7.62×39 bolt and carrier product from 9310 and 8620 steel respectively. However, the extractor in the bolt carrier is made from S7 tool steel. The S in the name stands for shock resisting and the S7 offers sufficient strength and hardness to extract even the most stubborn cartridge.

Since many 7.62×39 AR calibers are steel-cased, they may not expand and contract to the same extent as brass due to a lower thermal expansion coefficient. The reduced expansion may sometimes lead to problematic extraction.

Plus, considering the fact that steel is harder, the ammunition may even damage or accelerate the wear on extractors. With that in mind, the S7 tough tool steel is commonly used in the manufacture of mandrills makes a suitable choice to withstand high pressures and extraction failures.

Not only will the nitriding improve the smoothness of the action’s cycle, but it also makes it harder for fouling to adhere to the bolt carrier group. This ultimately means a much easier cleaning process.

Despite the 4.62x39mm caliber not being used by the United States, the Faxon Firearms bolt carrier is engineered to be mil-spec. The manufacturing company includes a shot peening process to relieve stress and magnetic particle inspection to reveal any cracks before their stock is put on the shelves.

For increased reliability, Faxon even chambers the locking lugs at a 45” angle to ensure that the bolt carrier group is safe for use.

The EXO nickel-boron coating is a proprietary coating technology of UTC Coatings, which is the parent company of FailSafe. The EXO coating features a higher boron content than conventional Nickel Boron (NiB) coating to increase surface hardness, lubricity, and corrosion resistance.

On top of that, the manufacturer even advertises their EXO coating as capable of providing permanent dry lubricity to reduce friction regardless of whether you have lubricating oils or not.

Since the AR-15 firearm adopts the Stoner gas system where the gas is fed directly into the bolt carrier group, this gas system is obviously more susceptible to fouling when fired heavily.

As a result, most AR-15 gun owners need to spend more time thoroughly cleaning their rifles after extended firing sessions at the range. Hence, bolt carrier groups with NiB coatings or the EXO coating offered by FailSafe will make the entire cleaning process easier. 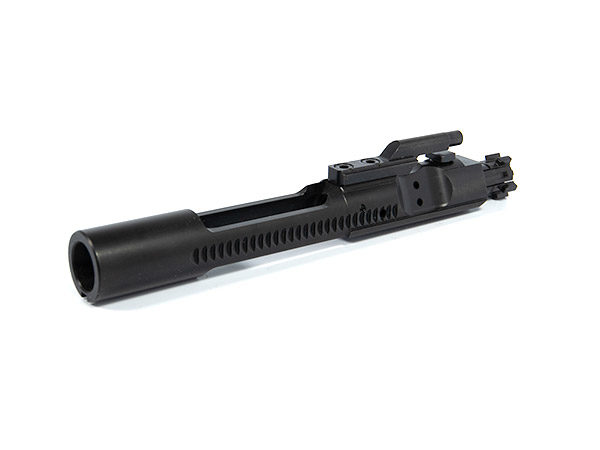 Anderson Manufacturing company is based in Kentucky and has taken the AR-15 parts and components market by storm by offering affordable yet high quality complete rifles, lower receivers, and other parts for the AR platform.

However, the manufacturer doesn’t limit itself to only producing stocks that fit the 5.56mm cartridge only, they even have bolt carrier groups intended for the AK-47 caliber cartridge.

Additionally, all Anderson’s parts are 100% mil-spec. The complete bolt is made from 9310 steel while the bolt carrier is made of 8620 Carpenter steel. The manufacturing company has even taken the time to properly stake the gas key to ensure a longer service life.

Both the AR-15 and AK47 bolt action rifles are locked-breech firearms where the circular or rectangular bolt carrier groups will load and unload the chamber, lock it into the barrel extension, and support the cartridge case head. The bolt is able to maintain its pressure in the bore to drive the bullet by locking the breach.

The traditional AR-15 bolt carrier and buffer/spring assembly are designed to allow the bolt to reciprocate inside the receiver to complete the operation cycle. When the seven radial lug bolt enters the barrel extension, the cam track will surface in the bolt carrier groups and act on the cam pin in the bolt to rotate and lock the bolt.

The Kalashnikov design features a rotary bolt that consists of two locking lugs that will engage corresponding recesses in the trunnion.

The main difference between the AR-15 and AK47 systems is the operation of each gas system. The AR-15 Stoner gas system uses a direct impingement operation that feeds gas from the barrel through a gas tube from the gas block to the receiver.

The tube then directs high-pressure propellant gases into a chamber between the bolt and bolt carrier to drive the bolt carrier backwards, camming the bolt open and retracting it.

The Kalashnikov system uses a long-stroke gas-piston system instead where the piston or operating rod is attached to the bolt carrier that will move rearward when burning propellant gas pressure is applied against it.

The rearward movement will then cause the bolt carrier to rotate and unlock the bolt through a cam track and pin. As the bolt carrier moves backwards, the bolt will extract the spent cartridge case from the chamber and expel it from the weapon barrel through the ejection port.

Here are some of the main differences between the AR-15 and AK-47:

The AR-15 features a plunger-type ejector that’s forced into the face of the bolt when seated in the chamber. The ejector will move forward once the cartridge is extracted from the chamber, gradually tilting the casing to the right. Once the front of the cartridge clears the chamber, the spent ammunition is ejected.

The AK-47, on the other hand, uses a fixed ejector attached to the inside of the receiver, which runs in a slot in the bolt carrier. The cartridge case head will pivot about the extractor and get ejected out of the weapon.

This simply means that you need to get suitable bolts for both types of firearms that are strong enough to withstand the increased pressures for a reliable and safe operation.

Many AR-15 bolt carrier manufacturing companies will typically make their bolt out of steel alloys such as 9310 and Carpenter 158 steel since these materials are known to be strong and tough.

The bolt carrier is commonly made from AISI 8620, which is a standard for this component. You may also see other gun parts and assembly manufacturing companies advertise their stock with shot-peening, high-pressure testing, and magnetic particle inspection for increased strength and performance.

This is a process that relieves the steel from stress by bombarding it with a shot to induce plastic deformation. Shot peening will then change the mechanical properties of the metal part of the component that can ultimately extend the bolt’s service life.

High pressure testing is also known as proof testing and the process involves firing a proof lead with the company’s bolt carrier group to generate chamber pressures exceeding the standard for that cartridge.

Creating a bolt carrier that can withstand pressures exceeding the standard it’s intended will reveal any hidden flaws within the material to ensure better safety for the shooter.

This process is used to detect surface cracks and other flaws that may not be visible to the naked eye. The bolt carrier group is passed through a magnetic field where iron powder or other ferrous particles are applied to the surface of the bolt carrier group.

The particles are suspended in either water or oil and will cover the entire metal under testing. Since the ferrous particles can cause magnetic flux leakage, it’ll reveal any cracks on the metal under UV light.

Weapons in the AR-15 platform are not only chambered in 5.56mm but there is also the 7.62×39 Soviet cartridge that packs much more punch. The 7.62x39mm caliber rounds are known to deliver much more kinetic energy and mass to the target, albeit at a lower velocity and increased recoil.

Still, the classic Soviet caliber can be paired in an AR-15 for the ultimate combination of power and accuracy.

As discussed above, the bolt carrier group is one of the most critical assemblies of the rifle, after the barrel. The bolt carrier (BCG) is the “heart” of the weapon, which is why it is important to get one that can withstand high pressures.

Most manufacturers may focus on delivering a product that adheres to military specifications, some take it a step further by including proprietary coatings and elements to ensure better durability and smoother operation.

There are various types of 7.32×39 BCG for different purposes. Hence, you’d be required to determine the type of gun you’re building and its purpose. Firstly, there’s the M16 is operatable at full auto, AR 15 BCG which can be installed into a M16 which is incredibly lightweight and low mass BCG. Low mass bolt carrier group are lightweight in nature, great in reduce recoil especially equipped with a high-quality buffer system