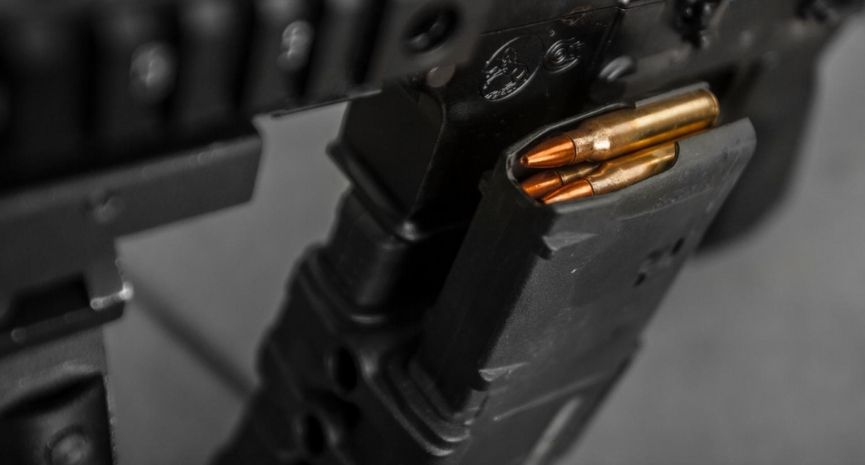 A magazine coupler is sometimes associated with the idea of causing malfunctions, it left a negative impression on many shooters. However, the magazine couplers in today’s market are better and improved and not likely to cause any malfunctions but rather improve your overall shooting experience.

Using a magazine coupler is a very good way of storing your spare magazines. Besides using it as a storage for your spare magazines, it can also help to improve your reloading speed since you don’t have to reach out to your pockets or pouches to reload. Simply release the magazine and you have another waiting for you.

Even for magazine coupler, there are good and bad ones. The good ones are the magazine couplers that can really change your overall performance to be better and the bad ones usually just do the opposite and sometimes make things worse.

Here are some of the things that makes a good magazine coupler for AR-15 rifles.

How To Identify The Most Reliable AR 15 Magazines Couplers?

With that said, let’s look at some of the best AR-15 magazine couplers that you can get in today’s market. 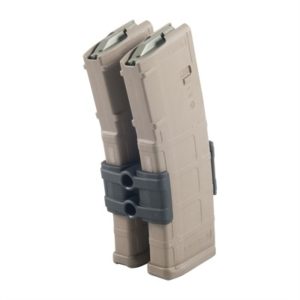 When clamping the two 30-round PMAGs together with the Magpul Industries AR-15 Maglink Magazine Coupler, it’s almost as if you are having 60 rounds for your AR-15. The PMAGs will be clamped next to each other allowing you to reload quickly. Who wouldn’t enjoy firing extra 30-rounds with just a simple attachment for your AR-15 magazine?

While this magazine coupler may be designed for Magpul 30 and 40 round PMAGs, other polymer magazines should fit just as well considering that most polymer magazines are shaped similarly. However, it is good to check if it fits before buying it. 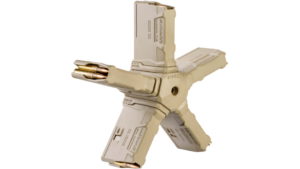 The FAB Defense Ultimag 10R Pentagon Magazine Coupler is one of the most unique magazine couplers in the market. It is a representation of innovation, creativity and fun in the modern firearms world. As the name suggests, this AR-15 magazine coupler is shaped like a pentagon which means it can accommodate up to five magazines. For some people, it can be something appealing or frightening.

With five magazines of 10-rounds, there is a total of 50 rounds but bear in mind, you will not be able to shoot all 50 rounds at once. You will need to release the magazine and insert a new one to continue firing after 10-rounds. 10-round may seem little but it is a limit that is legal in the United States. 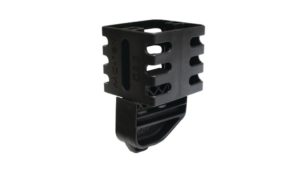 For shooters that have aluminium AR-15 magazines, don’t worry, the Command Arms Accessories AR-15 Aluminum Magazine Coupler is a magazine coupler made to hold steel and aluminium magazines securely.

Sometimes when you clamp the magazines too tightly, it may get out of shape but the Command Arms Accessories AR-15 Aluminum Magazine Coupler is made for these kinds of magazines so you don’t have to worry about your magazines getting out of shape.

The Command Arms Accessories AR-15 Aluminum Magazine Coupler is made of lightweight polymer and is designed with thick walls to avoid breakage when used under harshly. This AR-15 magazine coupler also has three adjustment screws to help secure the magazines in place. The gap between magazines is also wide enough that allows you to quickly change your magazines.

The Lancer Systems AR-15 L5 Magazine Coupler is a great choice AR-15 magazine coupler that is lightweight and also extremely strong. This magazine coupler is made from reinforced polymer and also has a steel clamping system that allows you to hold up to two magazines for your AR-15.

The Lancer Systems AR-15 L5 Magazine Coupler is made for the Lancer L5 magazines and also USGI-contour aluminium and steel magazines. This AR-15 magazine coupler is designed for the shape of these magazines to fit perfectly and to make sure they stay secure. With this AR-15 magazine coupler, you won’t have to worry about overtightening your magazines and breaking them because there are aluminium spacers to prevent that from happening.

These features of the Lancer Systems AR-15 L5 Magazine Coupler can be beneficial if you are using it in competitions. It is lightweight so it keeps you agile and it holds your AR-15 magazines securely so it won’t slip when you are shooting or moving around. It also makes sure that you can reload as quickly as possible. 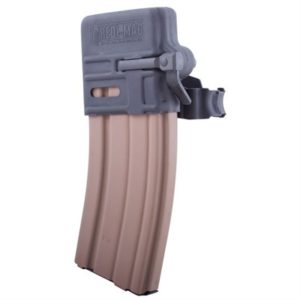 Sometimes when attaching an extra magazine, there is some pressure on your existing magazine and it may cause malfunctions. With the Boonie Packer Products AR-15 Improved Redi-Mag, you can keep a spare magazine without damaging your magazine or AR-15.

The Boonie Packer Products AR-15 Improved Redi-Mag has a closed-top design so that the rounds inside the spare magazine are protected from rain and dirt and also secured in place to avoid movements when under recoil.

The Boonie Packer Products AR-15 Improved Redi-Mag is made of aluminium so unlike some of the polymer magazine coupler, it can last longer. Installation of this AR-15 magazine coupler is also pretty straight forward. Nothing needs to be changed to your AR-15 lower receiver to install this magazine coupler.

Conclusion – What Is The Best AR 15 Magazine Coupler?

The best AR 15 magazine coupler overall would be the Magpul Industries AR-15 Maglink Magazine Coupler. This is an impressive magazine coupler which allows you to be able to carry up to two 30 or 40 round magazines so you don’t have to spend too much time getting a new magazine reloaded in your AR-15. This lightweight magazine coupler would let you fire more rounds in a shorter period of time. Overall, it will improve your shooting experience and increase satisfaction.

If you are looking for a magazine coupler to hold your spare Magpul PMAGs, the Magpul Industries AR-15 Maglink Magazine Coupler is a great choice for you.

What Is The Best Cheap AR 15 Magazines Couplers?

We’d recommend Magpul Industries AR-15 Maglink Magazine Coupler because you can obtainable it at an affordable rate among other magazine couplers in the market given the material which is made from as discussed above. Besides that, the excellent compatibility with one of the most common AR-15 magazines which are the Magpul PMAGs should never be overlooked – proving this magazine coupler to be value for money.

How many AR mags is enough?

How many rounds of ammunition do soldiers carry?

An average rifleman carries about 150 to 240 rounds of ammunition. That would be about 5 to 8 magazines. Soldiers would also try to minimize the weight they carry on them so the more magazines they carry the harder it is for them to travel.

Yes, AR-15/M-16 magazines are designed according to the NATO standards. This is to make sure that the magazines are able to fit another rifle.

How To Attach Two Magazines Together?

Is the mag coupler important?

We personally find that that it is a worthy investment if you are getting tired of the need to keep reloading from your pocket. Sure you can still do normal shooting without a coupler, but the improved user experience make us never want to go back to digging through the pocket for extra ammo like the good old days.