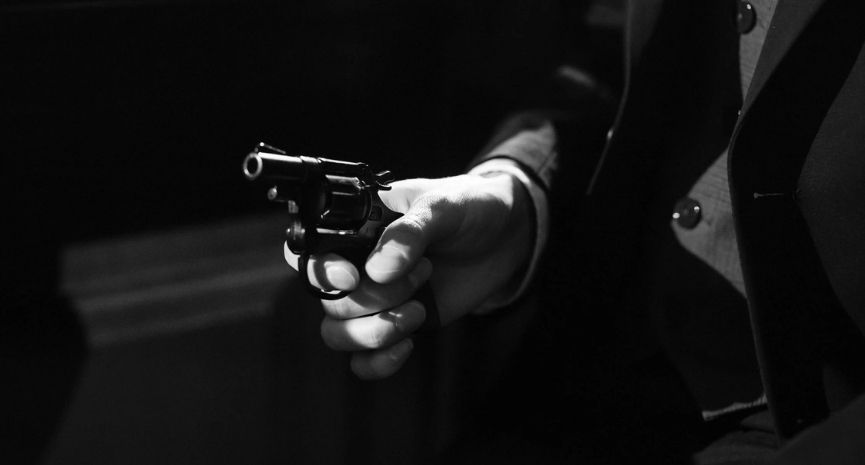 While it’s lawful to own and possess a firearm in the United States, Florida has its own set of laws with different rules for carrying a gun around.

The Florida gun laws state that even if the people have the right to own a gun, they still need a permit to carry a concealed weapon or firearm.

Those who practice concealed carry without a valid license will face criminal charges including imprisonment and stiff fines.

So, for those who are interested in getting guns or practicing concealed carry in Florida, we have compiled all the information you need to know about Florida gun law in this article here.

Unlicensed concealed carry in Florida is when an unauthorized person carries a deadly weapon that’s hidden or not visible to others. An unlicensed concealed weapon charge can be classified as either a 1st-degree misdemeanour or a 3rd-degree felony.

Yes, citizens in Florida are allowed to own a gun but they need to have a license in order to carry a concealed weapon or firearm. Examples of concealed carry include a person keeping a gun under his or her clothing or at an angle that makes the weapon not visible to others.

Carrying a concealed weapon or firearm without a carry license is considered a breach of peace and you could face criminal charges.

Florida has two types of concealed carry charges and it depends on the type of weapon involved:

Does Florida Law Allow Me to Carry Gun Without a Concealed Weapon Permit?

Although citizens of Florida do not need a state permit to buy or own a gun, they do need to get a concealed weapon permit if they intend to carry it without letting others know. Nonetheless, there are a few lawful situations where you’re able to carry a gun without concealed weapons permit, including:

In short, people can carry a gun without a permit as long as the weapon is within a private compound, is securely encased, or is not accessible for immediate use.

Although people living in Florida do not need a valid permit to possess a weapon, convicted felons or those whose gun ownership rights have been revoked are not allowed to buy, own, possess, or carry a gun.

Both non-permit and permit holders caught willfully carrying a gun into these places will be charged with a second-degree misdemeanour.

What Are The Concealed Carry Penalties in Florida?

As established earlier, carrying a concealed weapon without a permit in Florida is a breach of peace and if arrested, the person can face a first-degree misdemeanour or a third-degree felony depending on the type of weapon involved.

Carrying a concealed firearm is considered a third-degree felony, and if caught, can be punishable by up to five years in prison or probation and a fine of up to $5,000. Such penalties for concealed carry can be even harsher if you’re a convicted felon.

If you have a felony or misdemeanour crime on your record, you could be charged with a second-degree felony if you’re accused of carrying a weapon or firearm in a concealed manner without a permit. And if convicted, you could face up to fifteen years in prison and a maximum fine of $10,000.

Are There Laws on Purchase, Possession and Carrying of Firearms in Florida?

Laws on Purchase and Possession of Weapons

There are no permits required for a person in Florida to possess or purchase a rifle, shotgun or handgun. Nonetheless, convicted felons are not allowed to have custody, control, or possession to any firearm or to carry a concealed weapon or firearm unless their civil rights have been restored.

It is also unlawful for drug addicts, alcoholics, mental incompetents, and vagrants to possess or use any firearm.

Additionally, a person may not have in his or her immediate possession, custody, or control of any firearm or ammunition if the person has been issued a final injunction that’s currently in force and in effect, restraining the said person from acts of domestic violence.

In terms of selling and dealing firearms, the Florida Law states that it is unlawful to sell, give, barter, lend, or transfer a firearm or weapon other than an ordinary pocketknife to a minor that’s below 21 years of age, or to anyone with an unsound mind. Furthermore, dealers are not allowed to sell or transfer any firearm, pistol, Springfield rifle, or other repeating rifles to a minor.

Minors below 18 years old are not allowed to possess a firearm, other than an unloaded firearm at their own home unless engaged in lawful activities or lawful self defense.

Licensed gun dealer, manufacturer, or importer are not allowed to sell or deliver any firearm to another person until he or she has obtained a completed form from the potential buyer or transferee and received approval from the Department of Law Enforcement.

The law enforcement agency shall destroy records of approval and non-approval within 48 hours from its response. Licensed dealers, manufacturers, importers, collectors, or persons with a concealed carry license, law enforcement officers, and correctional probation officers are exempted from the $8.00 instant check fee.

Laws on Carrying Concealed Firearm or Concealed Weapon in Florida

It is unlawful to openly carry any firearm on a person or to carry a concealed weapon without a license, except for:

Nonetheless, this exemption does not authorize a person to carry a concealed weapon. Under the law, employers may not prohibit their licensed employees to carry a handgun or store any legally owned firearm inside a locked, privately-owned motor vehicle that’s lawfully present in a parking lot maintained by the employer.

Applicants who want to apply for a license to carry a concealed handgun need to apply with the Department of agriculture and consumer services. If successful, the license will be valid for seven years and is honored throughout the entire state of Florida.

The application shall be completed, under oath, on a form promulgated by the Department of Agriculture and shall include information such as the applicant’s name, address, place and date of birth, race, and occupation.

Nonetheless, the license does not authorize the person to carry a concealed weapon or such firearm into any place of nuisance, detention facility, courthouse, police station, polling place, meeting of any state, county, municipal, or special district governing body, any school, any professional or school athletic event not related to firearms, a portion of an establishment licensed to dispense alcoholic beverages for consumption on the premises, inside the sterile and passenger area of an airport, or any place where the carrying of firearms is prohibited by federal law.

Non-residents of Florida by a resident of the United States may perform concealed carry while in Florida if the person is above 21 years old, has a valid license to carry concealed weapon or firearm issued by the state of their residence, and abides by Florida laws on carrying a concealed weapon and firearm.

Laws on Antiques and Replicas in Florida

The term firearm shall not include an antique firearm unless it’s used in a rime. An antique firearm is any firearm manufactured in or before 1918 (including any matchlock, flintlock, percussion cap, or similar type of ignition system) or replicas thereof.

Are Machine Guns Allowed in Florida?

The possession of a machine gun – which is a firearm that can shoot or is designed to shoot more than one shot automatically without manual reloading, by a single function of a trigger, is prohibited unless lawfully owned and possessed under provisions of federal law.

A person in Florida who operates or uses a sports shooting range is not subjected to an action for nuisance.

The basis of noise or noise pollution shall not be used against the operation of a sports shooting range if the range is in compliance with any noise control law or ordinances applied and its operation at the time of construction or initial operation of the range.

There is no “duty to retreat” laws in Florida if you’re attacked in any place you have a lawful right to be in. The law supports you standing your ground and meeting force with force, including deadly force, if you reasonably believe it is necessary in order to prevent death or great bodily harm to yourself or others.

Other States’ Reciprocity With Florida