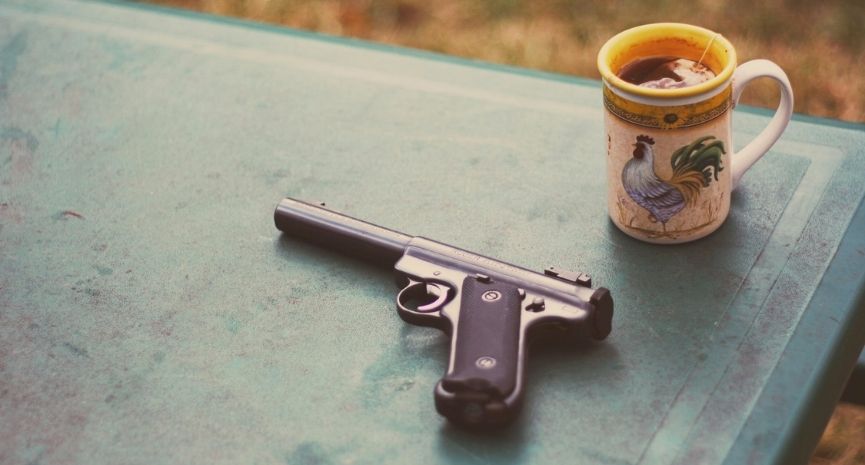 Georgia is a shall-issue state and Georgia gun laws for a valid weapons carry license requires such person to be at least 21 years old or 18 years old if they’re a member of the military.

The weapons carry license is issued at county level and filed with the Probate Court in the county of residence. Georgia law does not require the person to have a license, background check, or firearms registration when buying a handgun from a private individual or when carrying a firearm in their private home, vehicle, place of business, while fishing or hunting, or unloaded in a case.

Summary of Georgia Gun Laws in 2022

As mentioned above, Georgia is a shall-issue state with concealed weapons licenses issued at the county level. Nonetheless, here is the summary of Georgia laws on firearms:

Open Carry – Open carry of a firearm is only legal in Georgia for those with a valid Georgia Weapons Carry License (WCL) or a concealed carry permit from a state Georgia honors. Nonetheless, some areas are totally off-limits, including schools and courthouses.

Concealed Carry – Concealed carry is legal for Georgia residents with a WCL and non-residents with a license or permit issued by a state that Georgia honors. No firearms training is required to obtain the WCL but you need to be at least 21 years old (or 18 years old for members of the military) to get a Georgia license.

Below is the definition of concealed weapon and concealed firearm:

In terms of reciprocity, Georgia reciprocates by recognizing firearms licenses with states that also recognize Georgia licenses. However, concealed carry permit holders with licenses that expired during the COVID state of the emergency period must apply for renewal within 120 days of the expiration date on the face of the weapons license.

The Castle Doctrine state of Georgia does not impose a duty to retreat on its citizens in defense of a forcible felony, such as rape, armed robbery or kidnapping. Residents of Georgia are allowed to stand their ground in such situations.

A person is justified in threatening or using force against the perpetrator when and to the extent that he or she reasonably believes that such threat or force is necessary to prevent another’s unlawful entry into or attack upon their private properties. However, such a person is justified in using deadly force only if:

Defense of Property Other Than Habitation

A person is justified in threatening or using force against the perpetrator when and to the extent that he or she reasonably believes that such threat or force is necessary to prevent another’s criminal interference with real property that’s lawfully in the possession of a member of the immediate family or whose property he/she has legal duty to protect.

The use of deadly force with the intention to cause death or great bodily harm to prevent the trespasser is only justified if it is necessary to prevent the person from committing a forcible felony.

Yes, open carry of a firearm is allowed for a Georgia carry license holder or someone with a permit from a state that Georgia recognizes. Residents without a permit need to ensure that any handgun is enclosed in a case and unloaded.

What is the minimum age in Georgia to get a concealed carry license?

Georgia gun laws require a person to be at least 21 years old to get a concealed carry license in Georgia. The only exception to that rule is for members of the military on active duty or that have been honorably discharged where they need to be at least 18 years old.

Do Georgia Gun Laws allow concealed carry weapons other than handguns with a permit?

Yes, knives are allowed with a Georgia Weapons Carry License or a license/permit issued by a state that Georgia honors. While residents are allowed to purchase and possess stun guns and tasers without a license, it is illegal to carry any stun gun or taser within 1,000 feet of a real property owned by or leased to any public or private school.

Is it legal to buy or use chemical spray or pepper spray in Georgia?

Yes, it is legal to buy or use chemical or pepper spray as there is no statute prohibiting the purchase or use of such items in Georgia.

Do Georgia Gun Laws have a restriction on magazine capacity for handguns?

No, Georgia gun laws do not have a limit on magazine capacity for handguns.

Does Georgia have ammunition restrictions?

No, Georgia gun laws do not have ammunition restrictions.

Is firearms training required in Georgia?

No, no firearms training is required in Georgia. However, the USCCA recommends that anyone who decides to practice constitutional carry a firearm to obtain as much training as possible in order to be a responsible armed American.

Are background checks required for private gun sales in Georgia?

No, private firearm transfers do not require a background check, although federal and state purchaser prohibitions, including age, still apply.

Here are a few locations in Georgia where you can carry a firearm with a valid license:

Below are areas and places in Georgia that are off-limits to concealed firearm even with a permit/license:

Do residents of Georgia have a duty to notify a police officer or law enforcement officer that they’re carrying a concealed firearm?

No, residents do not have the duty to inform a law enforcement officer that they’re carrying a concealed firearm in Georgia.

Is the driver’s license in Georgia linked to the weapons carry permits?

No, the Georgia driver’s license is not linked to the weapons carry permit. Therefore law enforcement officers will not be notified that you’re a concealed carry license holder when they run your driver’s license. However, they may have access to other databases where they can get such information.

Are “No Weapons Allowed” signs enforced in Georgia and would violating the sign be considered a crime?

No, “No Weapons Allowed” signs are not enforced in Georgia.

Does Georgia have preemption firearms laws related to concealed carry or if the state law supersedes local laws regarding handgun possessions?

Georgia law does not have any definition of brandishing. However, a person is considered to commit offense of disorderly conduct when the said person acts in a violent or tumultuous manner towards another person such that they have a reasonable fear of safety.

The person is also guilty of a crime when he intentionally aims a gun or pistol at another (regardless if it’s loaded or unloaded) without legal justification points.

Does Georgia have a red flag law?

No, Georgia does not have a red flag law.

Does Georgia have firearms laws about carrying a concealed firearm while under the influence of drugs or alcohol?

Georgia has laws about carrying a concealed firearm while using alcohol or drugs.

A person is not allowed to bear arms while under the influence of alcohol (BAC of 0.08 or greater) or any drug or any combination of alcohol and any drug to the extent that it is unsafe for them to discharge such firearm, except in self defense.

Yes, Georgia does issue licenses to non-residents but only to members of the military permanently stationed in Georgia.

No, Georgia does not allow the public such access but such information is available for law enforcement.

Step 1: Complete the application online, or make an appointment with the county probate court (if your county is not listed online)

Step 2: Bring the following documents to submit your application

Other States’ Reciprocity with Georgia