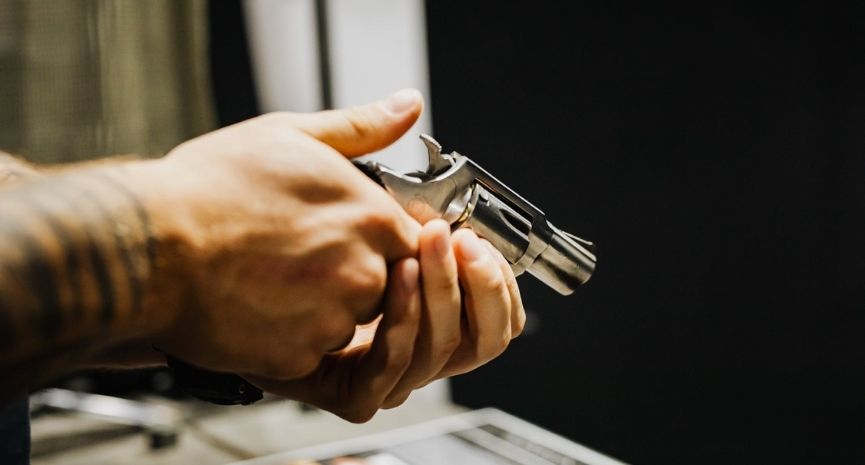 Louisiana is one of the least restrictive states in the US when it comes to gun laws. Nonetheless, it is still important that you know everything you need to know about Louisiana gun laws if you plan on living and owning a gun in Louisiana.

Overview of Gun Laws in Louisiana for 2022

Louisiana is a shall-issue state where concealed carry permits are processed by the Department of Public Safety. The state does not prohibit the open carry of firearms in public as long as the person carrying the gun is above 18 years old and is not prohibited from possessing a firearm.

Though, there still are areas that are off-limits, including parades and bars.

Concealed weapons carry is legal for residents of Louisiana provided that they have a Louisiana Concealed Handgun Permit (CHP) and a permit/license from a state recognized by Louisiana for non-residents.

Though the state does not issue permits to non-residents, Louisiana does issue concealed carry permits to residents and members of military that are permanently stationed in Louisiana. Applicants for the concealed handgun permit need to be at least 21 years old, a resident of LA and have completed a firearms training course.

Louisiana is a Castle Doctrine state that supports a “stand your ground” statute. Residents of Louisiana do not have a duty to retreat in any place the person has legal right to be and the said person also has a right to meet force with force.

Use of Force in Defense

The use of force in defense is justifiable under the following situations:

The state of Louisiana also allows justifiable use of deadly force when it is reasonably apparent that such intervention is necessary to protect another person.

Types of Permits Available in Louisiana

Not only do you need to meet the age limit, you must also be a resident of Louisiana. The state does not issue concealed carry permits to non-residents.

For non-residents, you’ll need to get your conceal carry permit from whatever state you’re a resident of, and will need to follow that state’s rules when it comes to concealed handguns.

Louisiana offers two types of permits for conceal carry: five-year permit and a lifetime permit – both of which are open for any resident of Louisiana above the age of 21 years old and fulfills any other state laws required.

There’s a law in Louisiana that may be potentially passed that will allow eligible landowners to conceal carry their firearms without a permit or training.

Though this law has not been decided on, it could potentially be a new Louisiana law that allows residents above the age of 21 years old to conceal carry their firearm without a Louisiana concealed carry permit.

Places Where You Can Legally Carry Firearm in Louisiana

Many places in other states where you can carry your firearm can also be carried in Louisiana. These places allow you to both conceal carry or have your firearm with you. However, if the location has a “No Weapons Sign”, that will take precedence over this list.

Places in which you can legally perform concealed weapons carry in Louisiana:

Where You Cannot Carry Firearm in Louisiana

Although Louisiana has relatively relaxed gun laws, the state does have many places where you’re not allowed to carry your firearm even if you have a Louisiana permit for it.

You are expected to obey these laws at all times or you could face a strict fine or even be sent to jail. Here are the places where you’re not allowed to perform concealed weapons carry in Louisiana:

Are You Required to Notify A Police Officer If You Have a Firearm in Your Vehicle?

Yes, Louisiana law requires you to notify and inform any police officer or law enforcement officer approaching you or your vehicle that you have a firearm present in the vehicle.

This law is set to keep both you and the officers safe during any exchange. Be sure to remain calm and polite when telling them about the firearm in the vehicle to ensure nothing goes south.

Is Open Carry in Louisiana Allowed?

The State Law in Louisiana does allow open carry in Louisiana once you reach 18 years old. This law is unlike concealed carry where residents need to be at least 21 years old.

Though the state law actually allows open carry at a much younger age, the federal law overrides it and states that you need to be at least 18 years old to open carry in Louisiana.

When you’re open to carrying a gun, you must follow all no gun carry laws and any other gun laws in place for the area. Failure to comply with the gun laws will result with a hefty fine or serving a large amount of jail time.

Are “No Weapons” Signs Enforceable?

Yes, all “No Weapons” signs in Louisiana are strictly enforced by Louisiana gun laws to ensure the safety and right of all private landowners to keep you from carrying a firearm on their property.

Failure to obey the No Weapons sign will result in severe consequences including no longer being allowed to carry a firearm, paying a hefty fine, being jailed, or a combination of these.

The person applying for the permit must:

Non-resident Concealed Carry Permits: Yes but only for members of the military permanently stationed in Louisiana with a Louisiana driver’s license or Louisiana state ID.

Step 5: Submit your application and documents by mail to:

Step 6: Wait for the notification of your application’s status.

An applicant needs to be able to demonstrate their competence with a handgun by any one of the following:

Other States’ Reciprocity With Louisiana