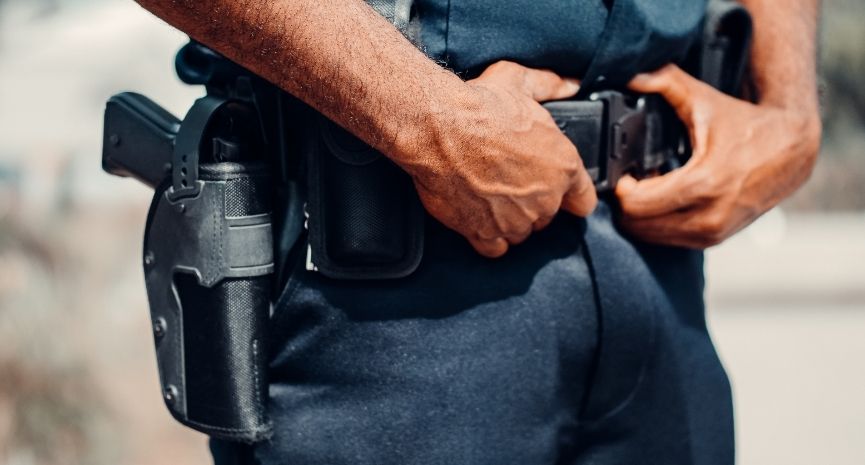 This guide is the best place to learn more about gun laws, especially the Mississippi gun laws. If you want to conceal carry in Mississippi but are afraid that you might break the law, then you need to keep reading to keep yourself out of legal troubles.

What you should know about Mississippi is that it issues two types of licenses for firearm possession in the state, namely a standard permit and an enhanced permit. Such permits are issued by the Department of Public Safety of the state.

Mississippi is also a constitutional carry state, which means that you can carry a firearm even without a permit.

This means that you do not need a license to carry a loaded or unloaded pistol or revolver upon the person in a sheath, belt holster, or shoulder holster or in a purse, handbag, satchel, or other similar bag or briefcase, or fully enclosed case.

If a person is not engaged in criminal activity other than a misdemeanor traffic offense, is not otherwise prohibited from possessing a pistol or revolver under state or federal law, and is not in a prohibited location.

Is Open Carry Permitted in Mississippi?

You are allowed to open carry in the state as long as you are 18 years old and above. You will also not face any state or federal restrictions to carry firearms.

If Mississippi Requires a Permit to Carry a Concealed Firearm, How are Those Permits Issued?

As we’ve mentioned above, Mississippi doesn’t require you to have a permit to carry, but for reciprocity reasons, you are still offered two types of permits by the Department of Public Safety, the Standard Firearms Permit (SFP) and an enhanced version (E-SFP).

Let’s take a deeper look into how these permits are issued by the Mississippi Department of Public Safety.

What is the minimum age in Mississippi to get a concealed carry permit?

Whether it’s for the standard firearms permit applicants or the enhanced one, the applicant must have a minimum age of 21 years old. However, if you are a member of the United States armed forces or a veteran, then the minimum age would be 18 years old.

What other requirements are there to get a concealed carry permit in Mississippi?

Besides the minimum age of 21 and 18 years old, here are some other requirements that you need to meet in order to get a standard or enhanced permit:

Apart from the requirements that were mentioned, non-residents that have a valid permit from another state, active-duty members of the military stationed in Mississippi, or a retired law enforcement officer becoming a resident in Mississippi can also carry a concealed firearm in Mississippi.

However, if you want to be an enhanced permit holder, it is mandatory to take a firearms training course given by an instructor certified by the Mississippi Department of Public Safety.

What is the process of the concealed carry permit application and renewal?

In order to get a concealed carry permit in Mississippi, you can refer to the following steps:

Here’s what you need to know if you want to renew your Mississippi permit:

What is the fee for the permit?

The application fee for an individual or an individual aged 65 years old or older is $112 and if you are renewing the former one, it will cost you $72, while the latter is $52 only.

For security guard permits, it will come with a fee of $132 and the renewing of the permit will be $72. For a disabled veteran and retired law enforcement officer, all fees are waived.

The fees are to be paid in the form of cash, cashiers check, Visa, Mastercard, or debit card. Cashiers checks are to be made payable to the Mississippi Department of Public Safety.

Where Is It Illegal To Open Carry In Mississippi?

Where Is It Legal To Open Carry In Mississippi?

Mississippi is a preemption gun law state, meaning that the state statutes will take precedence over those of local areas. Even so, the state permits local municipalities and counties to regulate the shooting of firearms in the following places:

Any person that violates any of the Mississippi preemption gun laws will face a penalty that involves paying a fine of at least one thousand dollars.

Not every Mississippi gun law is useful for you, but if you have a concealed carry, it would be wise to understand the concealed carry laws that are in place.

Are weapons other than handguns allowed in Mississippi?

Yes. Other than a concealed pistol or handgun, any person with a permit for concealed carry in Mississippi is allowed to carry other weapons such as stun guns.

Is it legal to own a taser or stun gun in Mississippi?

Yes. However, to possess or purchase a taser or stun gun in Mississippi, you are required to have a concealed carry permit first. Areas that are off-limits to carry a concealed handgun will apply to the carrying of stun guns or tasers as well.

Is it legal to buy or use chemical spray/pepper spray in Mississippi?

Yes. There isn’t any state law that prohibits you from purchasing, possessing, or using pepper spray in Mississippi.

Yes. Non-residents in Mississippi have access to standard permits too. The same requirements for applying for a standard or enhanced permits also apply to any person that doesn’t stay in Mississippi.

The applicant should also have a valid permit from another state and the person should also possess a valid Mississippi driver’s license or identification card issued by the DPS.

Is open carry permitted while hunting in Mississippi?

Mississippi also has a hunter harassment law to protect hunting activities and this law includes the following:

Do I need to notify law enforcement officers about my possession of firearms in Mississippi?

No. You are not obligated by any law to inform a law enforcement officer you meet that you carry a firearm.

Yes. The castle doctrine policy is also known as a duty to stand your ground policy as long as you are located in a place where you have lawful rights to be.

Can I utilize deadly force during self-defense situations in Mississippi?

Yes. If you are not the instigator of an attack or you are not engaging in any form of criminal or illicit behavior, the use of deadly force is allowed for self-defense.