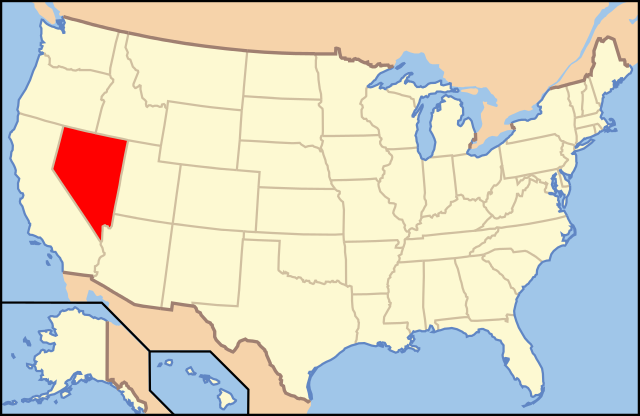 What Are The Gun Laws in Nevada?

Unless you have been convicted of a felony or are otherwise prohibited, it is allowed to open carry a rifle, pistol, or any other legal firearm while walking along the Las Vegas Strip or anyplace in Nevada. In Nevada, you can carry a concealed weapon with permission.

In Nevada, however, there are restrictions on where and when you can have a gun, and infractions can result in a jail sentence as well as a substantial fine.

Violations of gun regulations are taken severely by Las Vegas police and prosecutors, especially because the city was the site of the bloodiest shooting in modern US history, which killed 58 people.

Because of the severity of the consequences for firearms offences in Nevada, it’s critical to follow gun rules when visiting Las Vegas. If you are charged with breaching the firearms laws, you will need the assistance of a reputable criminal defense attorney regardless of the circumstances of your arrest.

Nevada’s gun regulations follow a “Shall Issue” approach at the county level. Nevada has long been regarded as an open carry state, with open carriers having access to more locations than concealed carriers.

To receive a concealed carry permit, you must be at least 21 years old, or 18 if you are in the military. Weapons do not need to be registered, and Nevada residents and non-residents alike can buy long guns in Nevada.

How Reciprocity Works in Nevada

Concealed carry permits from states on Nevada’s reciprocity list will be honored. A person carrying a firearm must always have their permit on them.

States not honoring a Nevada permit

Shall Issue, where the granting authority (county sheriff, police department, state police, etc.) is obligated to provide a handgun permit if the applicant meets the minimum standards laid down by state law.

Both Nevada residents and non-residents

Previously, the kind of firearm and the serial number had to be specified on the permit application. This is no longer needed, and you may get a permit for any handgun.

Applications are sent to the Nevada sheriff’s office in the county where you live. Residents of Clark County must submit applications to the Las Vegas Metropolitan Police Department. If they are on active service or have been honorably discharged, military members aged 18 to 20 can receive a permit.

Non-Resident permits are provided to anybody who meets the requirements. You must, however, apply in person at the issuing office, which will require a journey to the state.

Any required training must also be completed in Nevada. Sounds like a fantastic reason to visit Las Vegas. The application procedure is identical to that for residents.

All handgun training must take conducted in Nevada; no out-of-state or online courses will be allowed. Some counties require that any training take place in the county where the application is filed.

Without a permission or license, the minimum age for having and transporting an unloaded firearm in a vehicle is 18.

Open Carry and Places Where Guns are Prohibited in Nevada

There are no laws in Nevada forbidding the open carry of weapons. The registration of guns is not required under Nevada state law.

Wearing a holstered pistol unconcealed by clothes, usually on the hip or leg, or carrying a rifle or shotgun over the shoulder is considered open carry.

Carrying a hidden weapon is also lawful in Nevada if the individual has a valid conceal carry permit (NRS 202.3653). This implies a gun may be carried in a bag or purse or disguised on the body by clothes.

To get a concealed carry weapon permit, you must be 21 years old, have completed an authorized weapons course, and not be barred from owning a handgun due to a law infraction or other disqualification.

Casinos, restaurants, businesses, and offices are all considered private property. Though there is no legislation against openly carrying a firearm in such establishments, the owner or property management has the discretion to ask you to leave or remove your weapon. You might be prosecuted for trespassing if you refuse.

If you visit a Las Vegas casino with a handgun, you will almost likely be asked to leave, but the Nevada Carry organization claims that the majority of Nevada companies are gun-friendly.

If the owner does not object, you may openly carry a handgun in a bar, however, it is prohibited to be in possession of a firearm while having a blood alcohol level (BAC) of.08 or above. (202.257 NRS).

In Nevada, certain persons are barred from owning weapons.

If you are the subject of a restraining order (including a domestic violence protection order), the court may make it a condition of the order that you do not own weapons.

The Ninth Circuit Court of Appeals found that a known marijuana user in Nevada could be denied a handgun sale, upholding 18 U.S. Code 922(g)(3), which prohibits the ownership or receipt of a firearm by an illicit drug user or a person addicted to a controlled substance.

While recreational marijuana usage in private households is now legal in Nevada, cannabis remains a prohibited narcotic under federal law.

Penalties for Gun Crimes in Nevada

Because of the presence of the weapon, a person guilty of using a gun to commit a crime in Nevada, such as armed robbery or assault with a dangerous weapon, the prison sentence imposed for conviction of such acts of violence may be enhanced by 1 to 20 years (NRS 193.165).

Possession of a gun illegally without committing another crime is also punishable.

Possessing a gun in a forbidden area is a misdemeanor in Nevada, punishable by up to 6 months in prison, $1,000 in penalties, and/or community service.

Possession of a firearm by a criminal, fugitive, or drug addict is a Category B felony in Nevada, punishable by 1 to 20 years in prison and an undisclosed fine.

Possessing a handgun while an illegal immigrant or mentally ill person is a Category D felony in Nevada, punishable by one to four years in jail and a fine of up to $5,000.

In Nevada, possessing weapons in violation of a restraining order is a severe misdemeanor punishable by up to 364 days in prison and/or a $2,000 fine.

In Nevada, giving a gun to a banned person is a Category C felony punishable by up to five years in jail and a $10,000 fine. Any offense committed on government property is subject to federal prosecution. If convicted of federal firearms charges, the offender is likely to face harsher penalties than those imposed by state law.

Possessing a gun in a forbidden area is a misdemeanor in Nevada, punishable by up to 6 months in prison, $1,000 in penalties, and/or community service.

Private Sales and Transfer of Firearms

A private individual wishing to transfer a weapon in Nevada can request that the Central Repository for Nevada Records of Criminal History (Central Repository) conduct a background check on the transferee.

A person may not sell or otherwise dispose of a firearm or ammunition to another person in Nevada if the seller or transferor has “actual knowledge” that the person is under indictment for, or has been convicted of, a felony in Nevada, any other state, or under federal law; is a fugitive from justice; has been adjudicated as mentally ill or has been committed to any mental health facility, or is in the United States illegally or unlawfully.

1. A permittee may carry a concealed handgun on the premises of any public facility, except as allowed in subsections 2 and 3.

2. While on the grounds of a public facility located on the property of a public airport, a permittee may not carry a concealed handgun.

3. A permittee is not permitted to carry a concealed handgun on the premises of:

Unless the permittee has obtained written permission to carry a concealed firearm while on the premises of the public building pursuant to subparagraph (3) of paragraph (a) of subsection 3 of NRS 202.265, a public building that is located on the property of a public school, a child care facility, or the Nevada System of Higher Education.

“Every citizen has the right to keep and bear arms for security and defense, for lawful hunting and recreational use and for other lawful purposes.”

4. The provisions of subsection 3 paragraph (b) do not prohibit:

(a) A prosecuting attorney working for a federal or state agency or political subdivision is prohibited from carrying a concealed firearm on the premises of a public building.

(c) A permittee who works in a public facility is prohibited from carrying a concealed weapon on the grounds of the public building.