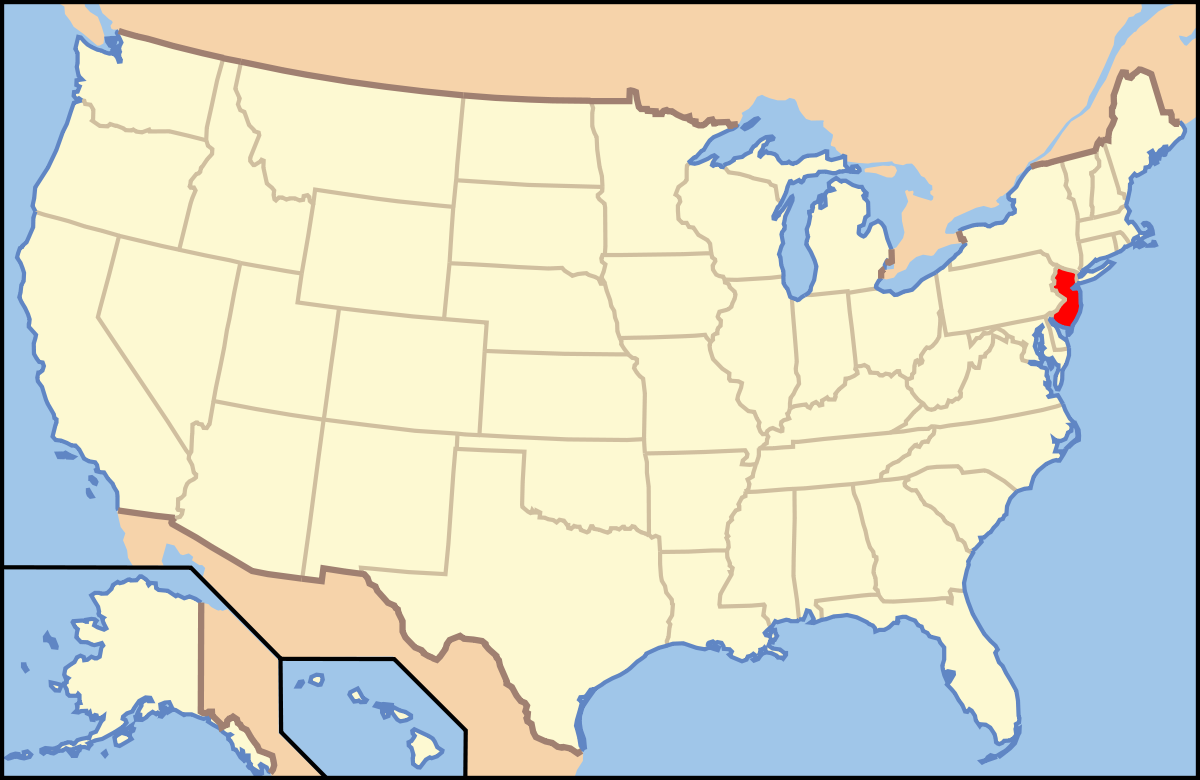 New Jersey’s firearms restrictions are among the most stringent in the country, which is good to combat gun violence. Because it is a “May Issue” state, a person must show that they have a legitimate reason to carry a handgun for gun control purposes.

Permits are extremely difficult to get, therefore it functions more like a “No Issue” state for ordinary inhabitants. Some of these stringent restrictions are currently being challenged in court. Residents and non-residents alike are awarded permits. New candidates must complete a weapons training course and be 21 years of age or older.

Who can buy a gun in New Jersey?

A permit to acquire a handgun is good for 90 days, and you can only buy one (so if you want to buy more, you’ll have to apply for several permits — but there is a 30-day waiting period between purchases). An FPIC is valid indefinitely and has no restrictions on how many weapons you can acquire or how many times you may use it.

You must apply for these permits through your local police station, or the New Jersey State Police if your location lacks a municipal police department (and you can do it online).

A background check, two non-relative references, and agreement to a review of your mental health records are all part of the procedure. You must also pay a number of fees ($2 for a handgun permit, $5 for an FPIC, and $20 for a criminal background check).

You will also be fingerprinted if you are a first-time candidate. If you qualify for an FPIC (handgun purchase permit), you should obtain it within 30 days.

Who is prohibited from buying a gun in NJ?

There are federal and state laws prohibiting you from obtaining either license if you have been convicted of a crime (a crime in this state is defined as something for which a sentence “in excess of six months is authorized”) or disorderly persons offense involving domestic violence; are drug dependent, a “habitual drunkard,” or have even been committed to a mental institution for a mental disorder; have a “physical defect or disease” that makes it unsafe for you to drive; or have a “physical defect; are subject to a restraining order prohibiting you from possessing firearms, or have had firearms seized as part of the Prevention of Domestic Violence Act of 1991, and the firearms have not been returned; are on the terrorist watch list.

You may also be unable to purchase a firearm if you are the subject of a “extreme risk protection” order. If you are in a crisis, family members, household members, or law enforcement can ask the court to have your weapons taken away, according to Pucino.

If a judge determines that you are in serious danger of injuring yourself or others, such statutes (also known as “red flag” laws) impose a one-year prohibition on buying or owning weapons.

What kind of guns are banned in NJ?

New Jersey law restricts what you can and cannot own, particularly when it comes to “assault firearms.” The state prohibits the possession of dozens of assault firearms, including Colt AR-15s and Avtomat Kalashnikov semiautomatic rifles, without a special license, as well as firearms that are replicas of those weapons.

Semi Automatic rifles with fixed magazines that hold more than 10 rounds; semiautomatic shotguns with a magazine capacity above six rounds, a pistol grip, or a folding stock; parts (or combinations of parts) that are “designed or intended to convert a firearm into an assault firearm,” or any combination of parts “from which an assault firearm may be readily assayed” are all considered assault weapons in New Jersey and are prohibited without a special license.

High-capacity magazines (defined as magazines for semiautomatic weapons that store more than 10 rounds), ghost guns (described as weapons that don’t have serial numbers and may be constructed at home) and armor-piercing ammunition are also outlawed in New Jersey.

In this state, hollow-point ammunition is sometimes known as “hollow nose” munitions or “dum-dum” rounds. According to the State Police, it is legal to acquire and possess firearms only at your home, at a shooting range, when hunting, or “driving to and from such regions.”

Can I carry a gun in public?

New Jersey requires you to get a permit to carry a weapon in public, whether openly or hidden.

It is a “may issue” state, which means that law enforcement has greater leeway in determining whether or not to offer you a permit, as compared to a “must issue” state (such as Pennsylvania), where you will be granted a license provided you satisfy all of the application conditions.

Depending on where you reside, you must submit an application to either your local police enforcement or the State Police to obtain a jersey carry permit.

The application must include a written certification demonstrating your “justifiable need” to carry a firearm, which can be “evidenced by specific threats or previous attacks that demonstrate a special danger” to your life that “cannot be avoided by means other than the issuance of a permit to carry.”

In addition, the application must include three “reputable persons” who have known you for at least three years and can attest that you are “of good moral character and behavior,” as well as a certification that you have a “thorough familiarity” with the safe use of handguns, which requires completion of a firearms training course, submission of handgun qualification scores from a test administered by a certified firearms instructor, or passing a New York State test.

If law enforcement accepts your application, you must then bring it to the Superior Court of the county where you live, according to their law. If the court is satisfied, the permission will be issued to you and will be good for two years.

Even if you have a concealed-carry permit, you cannot carry a firearm in some areas, such as schools and colleges, casinos, and state parks.

What are the federal prohibited carry areas according to state law (even with a permit)?

There is no Federal Law that prohibits carry in National Forests. States control the carrying of firearms in National Forests in their state, Federal Prisons, U.S. Army Corps of Engineers – The Corps builds and runs flood control and navigation Dams.

Carry not allowed. Some have shooting clubs. You can take firearms onto the Base to shoot if allowed by the base. Certain rules/regulations must be met before bringing firearms onto a Military Compound.

Check at each Military Post for specific rules on Shooting Clubs, Rented Offices, Any part of any building that the Federal Government has rented for Office space or work force etc. Just their offices or the part of the building they have control over.

You can carry in the rest of the building if state or local laws allow. Amtrak will have a system in place to check firearms/Ammo in (Amtrak Firearms Policy), Post Office – Postal regulations prohibit the possession of firearms in their buildings and in their parking lots or any property they own, Bureau of Land Management – If you can legally carry in the state the BLM land is in you can carry on the BLM land.

If it is not legal the area will be posted as no firearms allowed. Any building on the BLM land operated by the federal government is considered federal property and carry in those buildings is not allowed, Indian Reservations – Carry on Indian property is controlled by Tribal Law. You must check with each tribe before carrying on their property. Some Indian Tribes consider federal and state highways through their property as under their control.

In general, you can only travel with a firearm in New Jersey if it’s empty and “contained in a closed and securely fastened container” or kept in the trunk of your car.

Your “course of travel” in New Jersey can only include “deviations as reasonably necessary under the circumstances,” thus no stopping at the grocery shop on the way back, for example.

If you’re a non-resident traveling through New Jersey with a firearm, the federal Firearm Owners Protection Act has a few restrictions to follow.

The guns must be unloaded, and neither the ammo nor the firearm can be “readily accessible.” They must also be kept in receptacles “other than the glove compartment or console.”

Who issues a permit

If you live in Jersey, you must apply with your local police station.

New Jersey does not have any rules that enable those with valid handgun licenses from other states to carry a pistol in the state.

The application for a concealed carry permit or license must be processed within 60 days after submission.

There is no requirement in the gun regulations that you notify a law enforcement officer or police officer when contacted on official business that you carry a handgun. The legislation also says nothing about having permission.

We strongly advise that you have your permit and picture ID with you at all times when in actual possession of a concealed firearm.

Unfortunately, we were unable to find any information about the NO WEAPONS signage.

Regardless of whether the law allows or prohibits signage, we advise avoiding entering a property with a “No Weapons” sign. If you refuse to leave a property after being ordered to do so, you are breaching the law and risk being prosecuted.

It is prohibited to carry a loaded firearm inside any vehicle without a permission or license. Unless the handgun is unloaded and stored in the trunk or in a closed and securely fastened container.

Openly carrying a pistol without permission or license is prohibited. You have the right to carry a concealed handgun with your permit/license, but you must do so. However, it should be noted that open carry is not prohibited in New Jersey.

If you may carry in a restaurant that offers alcohol, the answer is “Yes” or “No.” Some restaurants may have “NO GUN” signs displayed. Check with the staff to see whether this just applies to the bar. If we answered “Yes,” then eating a meal without drinking alcohol should be legal.

Carry is legal in state forests, WMAs, and rest zones along highways. Carry is prohibited in state parks.

Other states’ permits are not accepted in New Jersey.