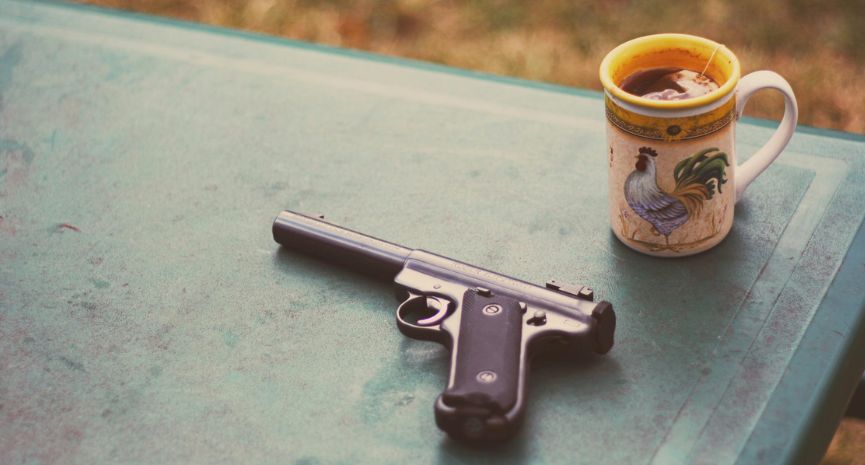 Those who are familiar with gun laws know that New York has some of the toughest gun laws in the United States, especially after the New York Secure Ammunition and Firearms Enforcement Act of 2013 -- commonly known as the NY SAFE Act — was enacted in response to the 2012 Sandy Hook Elementary School massacre.

NY Gun law require new york residents to have license for both long guns and handguns. The New York state gun laws are very restrictive and work on a “may issue” policy at local county level.

The New York state pistol license application needs to be made in person at the sheriff or police department in your own county of residence. In some cases, there will be a separate licensing authority that is made up of a county judge or a supreme court judge.

Applicants need to submit four personal references from people who are not related to them to demonstrate good behaviour.

Nonetheless, depending on which county you’re residing in, applicants may need to complete a handgun safety course to demonstrate good pistol handling knowledge.

NY is a Castle Doctrine with a duty to retreat from attackers if one can safely do so.

Use of Physical Force

The use of physical force is legal in defense of a third person, premises, or in order to prevent larceny of or criminal mischief to property.

The person is allowed to use any degree of physical force other than deadly physical force when they reasonably believe that it is necessary to prevent or terminate the attempt of a crime involving damage to premises, criminal trespass, larceny, or criminal mischief.

The use of deadly force is only allowed if the person reasonably believes that:

Here are the 7 different types of pistol licenses available:

If you are serious about carrying a pistol with you in New York, then you need to be very familiar with the gun laws here. New York has made many laws and regulations surrounding firearm that it may seem overwhelming to memorize them all.

To make it easier for you, we’ve summarized the important parts here to help you get off with a good start:

Can gun owners possess a loaded pistol in a vehicle without a New York License to Carry?

No, it is illegal for you to possess a loaded firearm in any motor vehicle without a valid New York Pistol License to Carry or gun permits.

While the federal law does allow you to transport a firearm through the New York state, it is suggested that you read up more on the rules and regulations in New York state instead of completely relying on the Federal Law.

Can gun owners openly carry a gun in New York?

No. While there are no specific laws in New York State statutes that mention open carry, it is recommended that you do not openly carry in New York state.

The rules on this may vary depending on counties. Some may let you get away with it under the argument that it is technically legal by default. However, that might not be the case if you open carry in town.

Do gun owners have an obligation to inform law enforcement officers or police that they are carrying a handgun?

No, New York State does not have a legal requirement for new york residents to inform law enforcement that they’re carrying a loaded handgun on them. However, the law does require you to always carry your pistol license with you when you have a loaded handgun with you.

You must also display the handgun license or gun permits to the officer when requested.

No, it is illegal to carry firearms in state parks, state or national forests, state wildlife management areas, and roadside rest areas.

Does New York state have a constitutional carry?

No, New York state does not have constitutional carry.

All private handgun sales in New York must be processed through a properly licensed firearms dealer. The purchaser needs to undergo a background check by the dealer and provide said documents to the New York State Police. Furthermore, the purchaser must have a valid New York pistol license and purchase document to purchase a handgun.

It is illegal to transport a handgun purchased outside of New York into the state. The only legal way for you to do that is to have a licensed dealer in another state ship the handgun to a dealer in New York state.

Through this method, you’ll be able to obtain a receipt from the New York dealer and have the handgun registered with the New York Police. To transfer gun ownership, the seller is required to visit the pistol permit office to have the sold handgun removed from their license. The receipt of sale from the dealer is also required.

Before taking possession of a firearm, you must supply the firearms dealer with a purchase document that can only be obtained from the County Police Pistol License section.

The authority will need a bill of sale from the dealer that includes the make, model, type, caliber, and a serial number of the firearm, plus confirmation that the purchaser has passed an NCIS background check before they can issue a purchase document.

The purchase document is valid for 20 days and the firearm must be presented to the state licensing unit within that period for inspection and registered onto the database.

New York has partial state preemption over laws relating to handguns but none over long guns. Some counties including New York City, Albany, Rochester, and Buffalo have enacted even more restrictive gun laws for long guns and magazine limits.

What Are the Requirements for a New York Pistol License?

Before you apply for the pistol license, you must take note of the following requirements:

Step 1: Complete a handgun safety course.
Step 2: Download and fill in the State and County application forms.
Step 3: Prepare four character references and two 2”x 2” photos.
Step 4: Head to the sheriff or police department to submit the application and process fingerprint in person.
Step 5: Undergo various background checks by New York State, FBI, and an interview by the local police.
Step 6: Application is submitted to one of the Licensing Judges for consideration.
Step 7: Wait for the notification on your application status.

How Can I Transport Firearms through New York?

Firearms transportation through New York is a risky business as many have been arrested at the airport just by declaring that they have a firearm. Section below discusses the different modes of transporting firearms through New York.

Those who do not have a valid New York Pistol License may get arrested if caught transporting a firearm through a New York airport, even if the firearm is correctly encased and declared.

Unfortunately, the Firearm Owners Protection Act cannot be relied on to protect you at airports as the act is only applicable when traveling in a vehicle. Our advice is to not attempt bringing any weapon with you through New York airport if you do not have a valid New York pistol license.

Transporting a firearm by vehicle through New York can also be very risky if you do not have a New York firearms license.

While firearm owners can rely on the Federal Firearm Owners Protection Act (FOPA) to cover you on interstate transport of firearms, there have been cases where the New York Police have arrested persons carrying handguns even when they’re in full compliance with the law.

Unfortunately, the New York State Police and New York Police Department do not recognize the FOPA and will arrest travelers passing through the state with firearms even if they’ve complied with the law.

The police will leave it up to the courts to sort out and you may potentially need to stay in a jail cell for a few days while waiting for the courts to release you.

If you travel through New York City, you will be required to follow the state law of having a New York pistol license with the firearm and ammo kept in separate locked boxes in the trunk of your vehicle. You are also not permitted to stop in the city whilst transporting firearms.

Places in New York Where You Can’t Carry a Firearm

Who issues a pistol license in New York?

New York pistol licenses are issued by the Licensing Officer of the City or County where the applicant resides, principally employed, or where his principal place of business as a merchant or storekeeper is located.

What’s the processing time for a concealed carry license?

The concealed carry license application must be processed within 180 days from the submission of application.

Can I travel through New York City with my gun?

Yes, you can travel through New York City with a gun if you have a valid license. Even then, the New York City gun laws requires you to keep the gun in a locked box separately from the ammunition and have them placed in the trunk or location in the vehicle that’s not readily accessible.

Furthermore, new york city gun laws do not allow you to make a stop while travelling through the city with a gun.

What do I need to do if I move to another state?

You must notify your local authorities who issued the pistol license within 10 days of moving. Information required by the authority includes your new address, phone number, and current status of any firearms you own.

What do I need to do if I move to another NY county?

You will need to download and fill out the amendment form and submit it to the office that issued you your pistol license. The police will forward your file to the new county and depending on the county you’re moving to, you may either be issued a new handgun license or be required to go through a new application process.

What do I need to prepare when buying a handgun?

What happens to the gun if the gun owner dies?

The firearm must be disposed within 15 days from the death of the owner. No pistol license is required for gun disposal.

Is there a limit to how many guns I can own?

No, there is no limit to the number of guns a person can own.

Can multiple persons be registered to a handgun?

No, firearms can only be registered to one person.