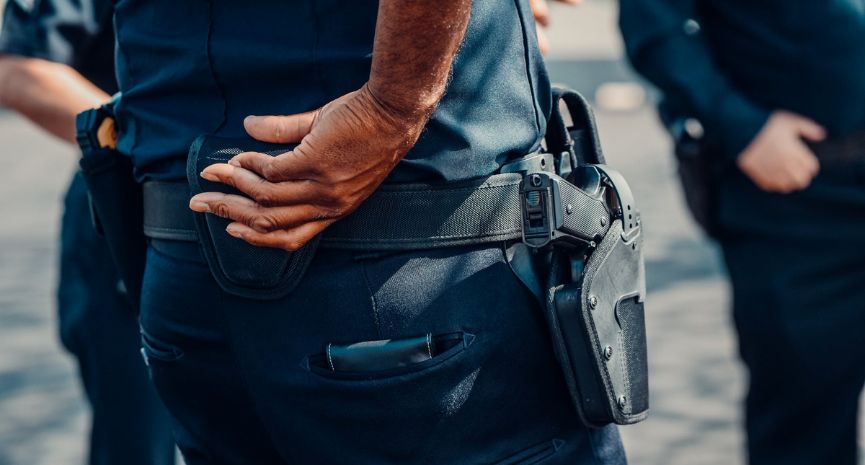 North Carolina gun laws are relatively relaxed compared to certain states in the United States. This gun-friendly state has both federal and North Carolina constitutions to protect your rights to bear arms.

Still, the state does have restrictions on who may carry a gun and where. Our article today discusses important information and the basics of Nort Carolina Gun Laws.

North Carolina is a shall-issue state where concealed carry handgun permits are issued at county level by the local sheriff’s office. The state requires gun owners to get a purchase permit or concealed carry permit when purchasing a handgun The state does not have a firearms registry and only residents are allowed to purchase handguns.

North Carolina permits open carry of firearms without a permit for residents that are 18 years old and above. However, certain counties may regulate the display of firearms on public roads, sidewalks, alleys, or other public property.

While concealed carry is legal, a Concealed Handgun Permit (CHP) is required for residents and non-residents will require to have any valid license of permit. North Carolina’s CHPs are issued to residents and members of military permanently posted in the state.

In order to apply for the permit, the applicant must be at least 21 years old and have completed a firearms training course approved by the state.

North Carolina is a Castle Doctrine state and adopts a “stand your ground” statute where a person is justified to use deadly force and does not have a duty to retreat in any place that he or she has the lawful right to be if he or she reasonably believes such force is necessary to prevent imminent death or great bodily harm to themselves or another.

A person is justified in using force, except deadly force, when and to the extent that the person reasonably believes that such conduct is necessary to defend him/herself or another against another’s imminent use of unlawful force.

The use of deadly force is justified if the person reasonably believes that such force is necessary to prevent imminent death or great bodily harm to him/herself or another.

Justified use of force that’s intended or likely to cause death or bodily injury is immune from civil or criminal liability or the wrongful death of a person against whom such force was used on.

Yes, residents of North Carolina who can legally own a firearm are allowed to open carry a gun without a permit. The North Carolina gun laws also do not have any limits on weapon caliber size or magazine capacity.

Where is open carry allowed?

Many places in North Carolina allow open carry, but certain counties may regulate the display of firearms on public property and designate Off-Limit areas such as schools, universities, state and federal parks, as well as organized sporting events.

In addition, gun owners are also not allowed to carry firearms to private property or business that has a “No Weapons” sign displayed.

Are there any off-limits areas where I can’t carry a concealed handgun?

Yes, North Carolina does have off-limit areas such as a school property or school-sanctioned events, at a parade or funeral procession, in state or federal buildings, courthouses and other state properties. Gun owners are not allowed to carry a firearm even with a valid concealed handgun permit.

Do I have to tell the law enforcement officers that I have a concealed handgun?

Do guns need to be registered?

No, residents of North Carolina do not need to get firearm registration when purchasing guns. However, you still need to follow the state’s gun laws to avoid penalty and charges.

Is a permit required to purchase a firearm?

Yes and no. A pistol purchase permit law states that a permit is required when buying a handgun but not for a rifle or shotgun.

Those who want to purchase a long gun only need to show a current, valid NC state issued form of identification and must pass a US government background check.

Can someone purchase a gun as a gift to someone else?

Yes, you may give the firearm to someone else but with extreme caution. Federal or North Carolina law does not prohibit gifting a firearm to a relative or friend living in your home state but it is a federal felony to transfer a firearm to someone that you know or reasonably suspect cannot legally own one.

The concealed firearm permit pursuant must:

Step 3: Take the application to your local sheriff’s office and prepare the following documents:

Step 4: Conduct fingerprinting process and sign a release authorizing disclosure to the sheriff of any records relating to your mental health.

Step 5: Wait for the notification on the application status.

How does concealed carry weapons reciprocity work in North Carolina?

Despite the more relaxed gun law, the state still has areas that are off-limits to carrying concealed weapons.

Areas in NC where you can bear arms:

Off-limit Areas in NC where you can’t bear arms:

Concealed Firearms Reciprocity with Other States

Other States’ Reciprocity With North Carolina