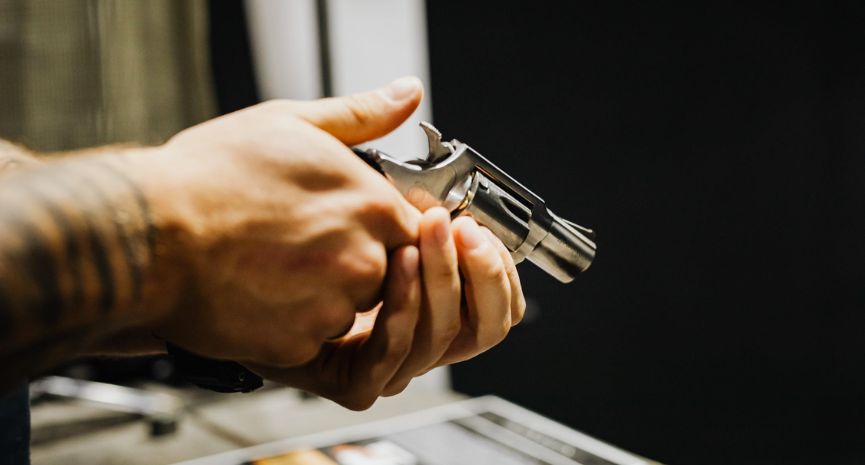 Different states in the United States have different gun laws. North Dakota gun laws operate on a “Unrestricted” and “Shall Issue” policy.

However, law enforcement does have some discretion when it comes to issuing licenses to anyone they believe might be a danger to self or others. The concealed carry permit in North Dakota is issued at the state level by the attorney general.

North Dakota gun laws permit open carry of handguns for residents with a Concealed Weapon License (CWL) or a valid resident concealed carry license from a state that North Dakota honors for non-residents.

The minimum age for the concealed weapon license is 18 years old.

Conceal carry is defined by the state as a weapon that’s carried in such a manner that’s not discernible by the ordinary observation of a passerby.

North Dakota gun laws allow permitless concealed carry for adult residents that have resided in the state for at least 30 days and are not prohibited by state or federal law from possessing a firearm and for non-residents with a valid resident concealed carry license from a state that North Dakota honors.

Anyone carrying under permitless carry must have in their possession their driver’s license or state-issued ID, and must inform law enforcement that they’re in possession of a firearm when approached by a law enforcement officer.

North Dakota concealed carry permit is split into two categories: Class 1 and Class 2 concealed weapon license (CWL). Both licenses are equally valid within North Dakota, but holders of Class 1 license have reciprocity in many more states than those who hold a Class 2 license thanks to the additional testing requirements.

Nonetheless, both CWLs require the completion of a state-certified firearms training course.

North Dakota also issues licenses to full-time active military duty stationed in the state and non-residents with a concealed carry permit from their home state that North Dakota honors.

North Dakota is a Castle Doctrine state and has a “stand your ground” statute where residents do not have a duty to retreat in a place where they’re legally allowed to be at. North Dakota gun laws also provide immunity from civil liability for an individual who uses force as permitted by state law.

The use of force is justified when used in defense of himself or herself against danger or imminent unlawful bodily injury, sexual assault, or detention by another person. A person is also justified in using force to defend another.

Use of Force in Defense of Premises and Property

Use of force is also justified when used to prevent or terminate an unlawful entry or other trespasses in or upon premises, or damage of property.

The use of deadly force is permitted, unless the action can be avoided with safety by retreating or another conduct involving minimal interference with the freedom of the individual menaced.

An individual seeking to protect another must try to cause the other individ8al to retreat or comply with the requirements of this provision if safety can be obtained before using deadly force. The person is also not justified in using more force than necessary and appropriate under the circumstances.

Nonetheless, the state has no duty to retreat statute for places where the person is legally allowed to be.

The use of deadly force is justified in the following scenarios:

What’s the difference between Class 1 and Class 2 licenses?

However, conceal carry is only legal for non-residents with a concealed weapon permit from a state that North Dakota honors.

Yes, North Dakota permits open carry with a concealed weapon license or a resident permit from a state that ND honours. Any person is also allowed to openly carry an unloaded handgun.

What is the minimum age in North Dakota to get a concealed weapon license?

The state requires applicants to be at least 18 years old to conceal carry in North Dakota.

Do I have a duty to inform a police officer that I’m carrying a concealed firearm?

Yes and no. There is no duty to inform law enforcement officers that you’re carrying a firearm for those with a valid state permit. But those without a license or carry permits will need to inform.

Do I need to undergo a background check when purchasing a firearm?

No, residents with a North Carolina Concealed Weapon License do not need to undergo a background check when purchasing dangerous weapons or assault weapons, but those without a permit will need to do so.

Are “no weapons allowed” signs enforced in North Dakota?

No, North Dakota doe not recognize “no weapons allowed” signs.

Does North Dakota have preemption laws related to conceal carry of firearms?

Yes, North Dakota has preemption of firearm laws relating to the purchase, sale, ownership, possession, registration or licensure of firearms and ammunition in North Dakota.

All such existing municipal ordinances are void and an individual may bring a civil action against a political subdivision for damages as a result of an unlawful ordinance.

In order to apply for the license, the applicant must

North Dakota concealed firearms license requires applicants to complete a testing procedure conducted by a certified test administrator. The applicant for a Class 1 firearm license and renewal must:

Step 1: All new applicants must complete the required training before application.

Step 2: Decide if you want a Class 1 or Class 2 license. Download and complete the application and print out a copy to mail in or complete it at the testing site, if available.

Step 3: Make an appointment with a test administrator and take a copy of the printed application to the testing appointment. First-time applicants must pass a written, open-book test based on the Concealed Weapons License Manual.

Step 5: Gather the following documents and submit them to BCI within 30 days of the testing date:

Step 6: Mail the application and all required documents to

Step 6: Wait for the notification on your application status.

Areas where you can carry firearms:

Restaurants that serve alcohol, unless posted. Not allowed in bars or bar areas of restaurants.

Off-limit areas where guns are not permitted

Other States’ Reciprocity With North Dakota