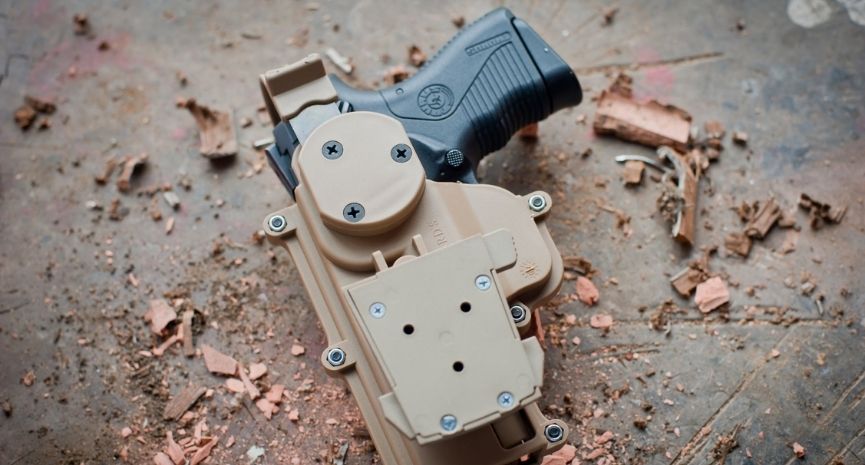 Oregon is a shall-issue state that processes and issues concealed handgun licenses at county level by the local sheriff’s office.

While it’s a shall-issue state, the sheriff still has some discretion when it comes to permit issuance if there are reasonable grounds to believe that the applicant might result as a danger to self or others.

Residents in Oregon are not required to have a license to purchase a firearm. However, private-party firearms transfers must be conducted through a licensed firearms dealer with both parties present.

A background check and record of the sale is also required by federal law. All gun sale records from firearm dealers will be kept with the Oregon State Police for five years.

Openly carry of firearms without a license is legal in Oregon. However, local cities and counties are authorized to place restrictions on who may perform open carry in public places including in vehicles.

Regardless, the min age for open carry is 18 years old and there are still off-limit areas where firearms are not permitted even with a license, such as federal facilities and Indian reservations.

For those who want to practice conceal carry in Oregon, you’ll need to have an Oregon Concealed Handgun License (CHL).

Oregon CHL applicants must be at least 21 years old and can demonstrate competence with a handgun by successfully completing an approved firearms training course or through participation in organized shooting competition or military experience.

Non-residents who live in contiguous states may also apply for a CHL.

While Oregon law does not explicitly reference the Castle Doctrine nor have a “stand your ground” statute stated within, the state supreme court has held that residents do not have a duty to retreat before using force for self-defense purposes in areas where the person has the lawful right to be.

Oregon law also allows the use of deadly force if the person reasonably believes that such force is necessary to prevent certain property crimes.

The use of physical force by a person is justified for self-defense or defense of another if the person reasonably believes that such force is necessary to prevent or terminate the commission of the following crimes:

The use of deadly force by a person can be justified when used in defense of a person or when the person reasonably believes that such force is necessary to prevent the commission of arson or a felony by force and violence.

Deadly force is justifiable when the person reasonably believes that the other person is:

No. Oregon law does not allow constitutional carry in its state.

Yes, residents can openly carry their handguns without a license in Oregon.

However, local counties can prohibit open carry for those without an Oregon CHL, examples of counties prohibiting open carry of loaded firearms without a license include Portland, Beaverton, Tigard, Oregon City, Salem and Independence, plus the entirety of Multnomah County.

What’s the minimum age required to apply for a CHL?

The min age for a valid concealed handgun license is 21 years old.

Does Oregon have restrictions on magazine capacity for handguns?

No, Oregon does not have handgun magazine capacity limits.

Does Oregon have restrictions on ammunition?

Is there a duty to inform police officers in Oregon that you’re carrying a firearm concealed?

No, Oregon does not impose its residents a duty to inform police officers that they carry a concealed firearm.

Is the carry license linked to Oregon’s driver’s license?

Does Oregon have preemption laws related to handguns being carry concealed?

Yes, Oregon state has preemption firearms except cities may regulate the discharge of firearms within the city’s boundaries and regulate/restrict/prohibit the possession of loaded firearms in public areas.

Does Oregon have a red flag law?

Yes, Oregon has a red flag law where a law enforcement officer or family member may file a petition enjoining the person from having, owning, purchasing, or receiving a deadly weapon.

Places where you can carry a concealed gun in Oregon

Places where you cannot carry a concealed gun in Oregon even with a permit/license:

Applicants for Oregon’s CHL must:

Step 3: Take the completed application to the county sheriff’s office with the following documents:

Which states’ permits does Oregon honor?

Oregon does not honor any concealed carry licenses from other states.

Other States’ Reciprocity With Oregon

However, background checks are not required for the sale or transfer of a firearm to immediate family members, including parents, stepparents, grandparents, spouses, domestic partners, siblings, children, stepchildren, grandchildren, aunts, uncles, nieces, nephews and cousins.

ERPOs allow families and law enforcement officers to ask a court to temporarily suspend a person’s access to firearms to prevent tragedies. Petitioners must produce documented evidence that the person is a threat to him or herself or others.

Yes, Oregon has passed the SB 554B Legislature which requires firearms to be secured unless the owner or possessor of the firearm is closed enough to it to prevent another who is unauthorized from obtaining the firearm.

Does Oregon have a waiting period during the purchase of a firearm?

No, Oregon does not impose a waiting/cooling off period between the purchase and taking possession of a firearm.

Is there a minimum age to purchase or possess a firearm in Oregon?

No. Oregon does not require guns to meet any safety standards. The state also does not limit the sale or possession of military-style semiautomatic assault rifles such as an AR-15.

Does Oregon have a limit on an extended capacity magazine?

Yes, Oregon does not prohibit open carry of handguns or long guns on the person in public.

How do I transport a gun in a vehicle?

Those who are not concealed handgun license holders must ensure that the gun being transported is not concealed and not readily accessible.

Can a business or private property owner ban firearms from their property?

Yes, business or private property owners can ban the carrying of weapons on their property. This rule applies even to concealed handgun license holders.

Do I need to inform the police that I am carrying a handgun?

No, there’s no duty to inform a police officer that you’re carrying a handgun.

Can I appeal if I am denied a CCW license?

Yes, a petition can be filed in the circuit court within 30 days from receiving your denial or revocation letter.

Where can I apply for a CCW license?

CCW licenses can be applied at the local county sheriff’s office where you reside in.

Does Oregon concealed carry laws have reciprocity with other states?

No, Oregon does not allow people with CHL from other states to carry concealed in Oregon. Gun owners from states bordering Oregon may request a CHL from border county sheriffs.

Yes, Oregon does not prohibit the public to bear arms openly in public regardless of whether the dangerous weapon is a handgun or a long gun.

What are the Oregon laws on unlawful possession and purchases of handguns?

does not allow unlawful possession or purchases of handguns. The state prohibits people convicted of misdemeanor involving violence and stalking from purchasing or possessing firearms.