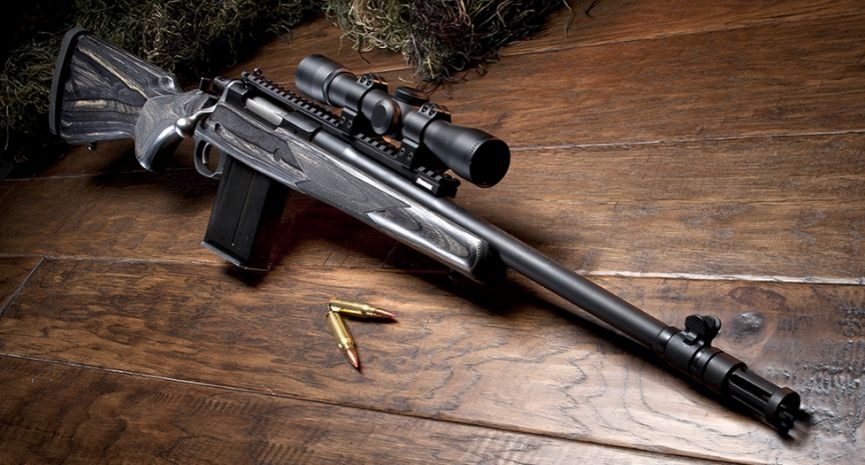 With so many options of rifles in today’s market, it can be a challenge to find something that you like. However, there are some rifles in the market that can offer you the best of all worlds like a scout rifle. In this review, we will be looking at some of the best scout rifles and how you can pick one for yourself.

What is a Scout Rifle?

The concept of scout rifles was initially started by a gun expert, Jeff Cooper. He is a well-known shooter and has made scout rifles gained its popularity amongst the people in that are passionate about shooting. There are also many scout rifles that have been manufactured by various manufacturers, according to his definition of a scout rifle.

Scout rifles are usually made with an eye relief scope, allowing the user to maintain awareness while aiming at a target. This feature is not commonly seen in other rifles and is what makes scout rifles what they are.

There are many uses of scout rifles and the most common one is hunting different game animals. Another purpose like self-defense is also a common use of scout rifles.

The Criteria of a Good Scout Rifle

A lightweight gun can make a big difference between a good and an average scout rifle. Scout rifles are made to be transported around for the entire day, which is why it is important that it is lightweight to reduce fatigue.

As mentioned above, scout rifles are used for a long period of time, so it is beneficial that it is compact too. With a compact scout rifle, the chances of snagging when travelling around are reduced.

The price of a rifle is not cheap and the last thing you want is the rifle breaking and needing to replace a new one. Which is why it is crucial that the scout rifle that you are choosing has good reliability based on its overall build.

Scout rifles are made to be accurate, it has an effective range of up to 500 yards. Accuracy may not be your biggest concern, but a rifle that can always hit the target can put you in a great advantage.

With that said, now let’s look at some of the best scout rifles in today’s market. 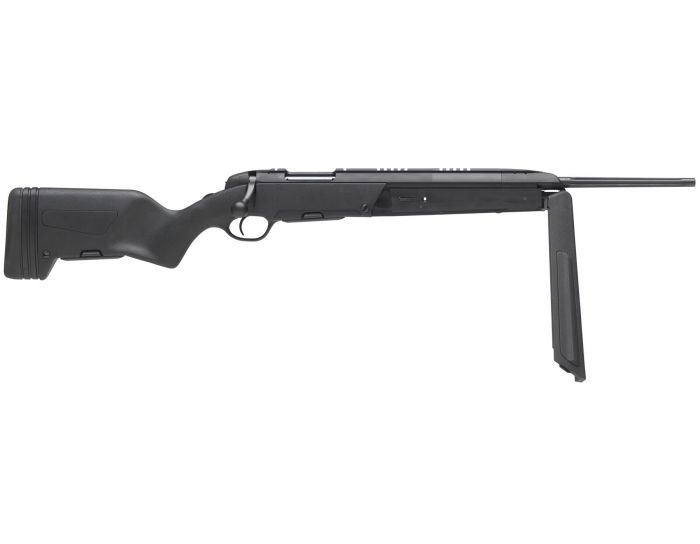 The Steyr Scout is chambered for the .308 Winchester, a powerful cartridge with many uses. Most importantly is that this Steyr Scout can deliver the power that you need. The stock that this scout rifle use is a polymer stock that has additional storage for 5 extra rounds on top of the 5 round detachable magazine.

With the use of a lightweight receiver, the Steyr Scout weighs at 6.6 pounds only. The 19-inch barrel is cold hammer forged, has a backup ghost ring iron sights mounted on it and has an extended Weaver-rail. The rail also allows mounting for scope and optics for this scout rifle.

This bolt-action rifle also has a design that allows it to be carried around easily which is the five-point sling attachment. At the front end of the Steyr Scout, there is a foldable bipod included making it easy to carry around and also a good design to have when hunting and target shooting. Since it is foldable, it won’t be an obstruction when using it during a self-defense situation.

The trigger used for the Steyr Scout is a two-stage trigger with a light trigger pull weight of 4 pounds only. However, you may find the trigger guard to be slightly lower quality but this issue can be solved easily with an aftermarket upgrade. The three-position safety feature of this rifle is also incredible. 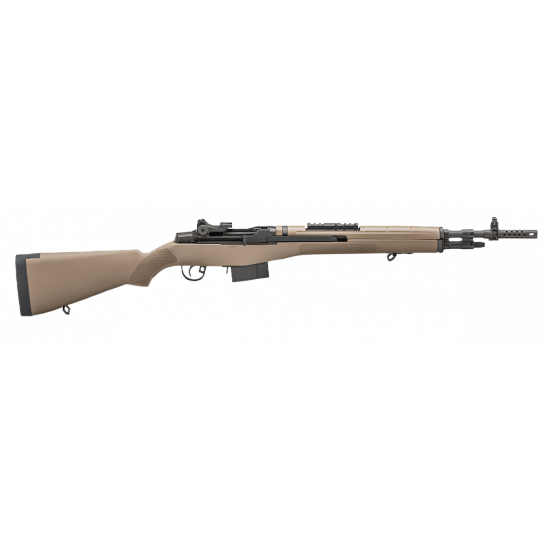 The Springfield Armory M1A Scout Squad Rifle has an 18-inch barrel which is a shorter barrel when compared to a normal M1A model. It effectively reduced the overall length of this scout rifle to about 40 inches only. The shortened barrel and rifle length that improves maneuverability in the woods or hiking up mountains.

When it comes to eye relief design, the Springfield Armory M1A Scout Squad Rifle is equipped with a forward rail to allow for eye-relief optics. It also has an aperture style rear sight that is adjustable for Windage and Elevation. The stock that the M1A Scout Squad Rifle uses is a synthetic stock which can provide a certain level of comfort for shooters.

The Springfield Armory M1A Scout Squad Rifle has a two-stage trigger system with a pull weight of 5 to 6 pounds only. This scout rifle uses a muzzle brake to help reduce the recoil to allow you to quickly fire all the ammunition in the 10 round detachable steel box magazine. 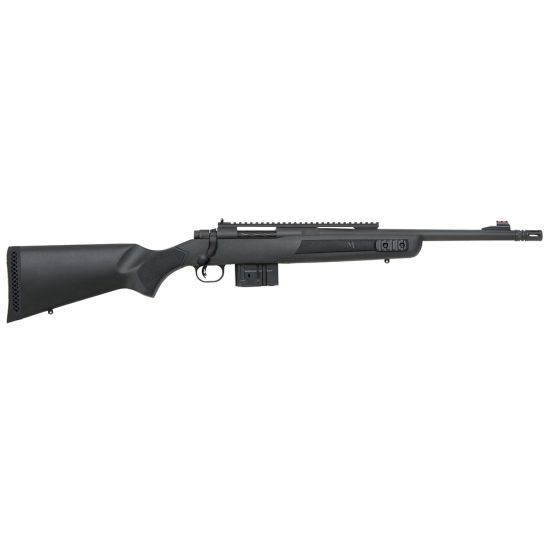 The Mossberg MVP Scout employs a long length Picatinny rail and two side-mounted rails that allow shooters to mount optics of scopes that they desire. Even without a scope or optic, the backup ghost ring sights and the fiber optic front sight is good enough for a shooter to get on his/her targets quickly.

The barrel length of the MVP scout rifle is 16.25 inches and is threaded to accept AR muzzle devices or suppressor. The Mossberg MVP Scout also came with an A2 flash hider so if you wish to upgrade to a better muzzle device or use a flash suppressor, the barrel is most likely to be compatible.

A Mossberg LBA Adjustable trigger is used for the Mossberg MVP Scout, allowing the weight to be adjusted between 3 to 7 pounds. The bolt of the Mossberg MVP Scout rifle is smooth and the handle is oversized. It also has a recoil pad to help minimize the felt recoil and give a smooth shooting experience.

With the combination of the trigger, bolt and pad, the rifle is easy to use and comfortable making it suitable for hunters as well as range shooting. However, it is not the best choice for defense purpose because the bolt action rifle requires a longer time for follow-ups and it can be crucial in life and death situations. 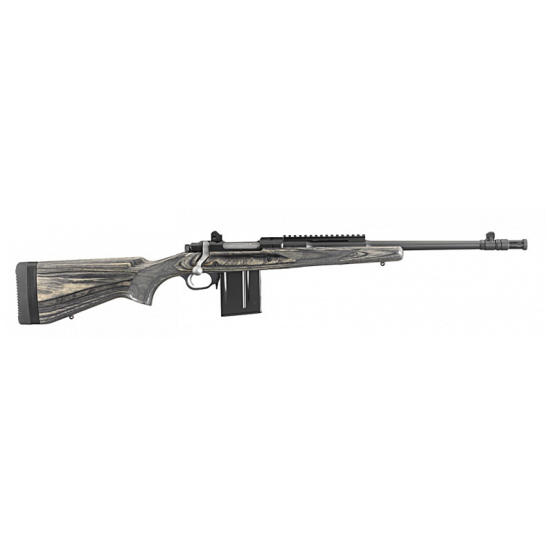 The Ruger Gunsite Scout Rifle also has backup iron sights for hunters to be hit targets accurately at further ranges. There are some cases where the sights are not good enough and that is where the forward-mounted Picatinny rail can be helpful. The rail allows for mounting of scout scopes to help shooters hit their target at a further range.

The Ruger Gunsite Scout Rifle uses a 10-round detachable box magazine to make reloading faster and easier. However, the downside of this steel construction box magazine is that it can be bulky. The magazines are proprietary, which means the price of it is slightly expensive.

This scout rifle is available in different calibers too, including the common .308 Winchester, .450 Bushmaster, 6.5 Creedmoor and 5.56mm NATO too. For each purpose, the Ruger Gunsite Scout Rifle has a caliber that is suitable making it good for many applications. The free-floating barrel is cold hammer forged is paired with the Mauser-type action and threaded to accommodate for a muzzle brake or suppressors. 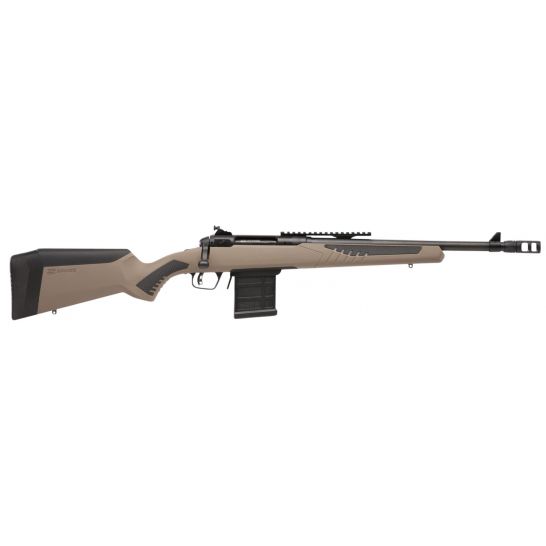 Rifles are made to be firing fast and accurate shots no matter what position it is in. The scout rifles by Savage Arms are designed to allow a shooter to achieve maximum comfort and accuracy when shooting. Savage Arms rifles like the Savage M11 or in this case, the Savage Arms 110 Scout Rifle, has an AccuFit design that allows the shooter to adjust the length of pull and the comb height.

The essence of Savage Arms’ rifles is the AccuTrigger. When a person talks about Savage Arms, the AccuTrigger trigger system will come to mind. This system gives a clean and crisp pull and allows the pull weight to be adjusted and potentially improve the accuracy of each round.

The Savage Arms Scout Rifle features a 16.5-inch barrel that is made of carbon steel. This scout rifle also has a muzzle brake that effectively reduces muzzle flip, making sure the users have a smooth and comfortable feeling firing all the rounds in the magazine. The magazine that this scout rifle uses is an AICS-style detachable 10-round magazine.

There are different variants of the Savage Arms Scout rifle for a different kind of caliber. The caliber that is most commonly used will be the .308 Win and other calibers that this scour rifle is made for are like the .223 Rem, .338 Federal and the .450 Bushmaster caliber.

A synthetic stock is used for the Savage Arms Scout Rifle. Besides that, it also uses an AccuStock rail system that secures the action three-dimensionally which you don’t see in other scout rifles. But just like some scout rifles, the Savage Arms Scout Rifle is equipped with adjustable iron sights. It is also made for mounting a scope on the front rail. 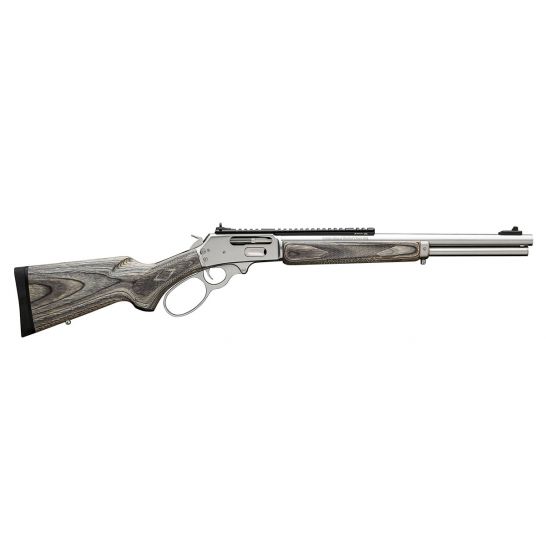 One of the best benefits that the Marlin Model 1895SBL has is its ability to allow users to transport it in a vehicle easily. Although it is not as lightweight as some scout rifles, this rifle still has ideal size as a scout rifle. The length of this rifle is 37 inches and has a weight of 8 pounds.

Being chambered in a large caliber like the .45-70 Government round gives this rifle exceptional firepower making it great for hunting any game size in North America. Besides being used for hunting, it also has more uses over some scout rifles. The Marlin Model 1895SBL can also be used in situations like home defense and target shooting.

This rifle uses a large loop lever which makes it easy to use when wearing gloves. The firearm also has a barrel that is 18.5 inches with Ballard-type rifling and the stock is a black/gray laminated stock which gives the rifle an aesthetic finish.

The bottom line is that the best scout rifle would be the Steyr Arms Scout Bolt Action Rifle. The Steyr Scout Rifle is rich in features and the accessories like the built-in bipod and the stock that holds extra magazines makes it the best scout rifle. The Steyr Scout Rifle weighs 6.6 pounds only which is very light and the barrel is cold hammer forged to ensure its durability.

How accurate are Scout Rifles?

As mentioned above, a scout rifle is capable in shooting over the range up to 500 yards. However, bear in mind that different scout rifles have different levels of accuracy. Fret not, a rule of thumb to identify a highly accurate scout rifle would be that it can shoot 1.5-2 minute of angles (MOA) at 100 yards alongside with great match grade ammo.

Though so, many factors come into play such as the weather, shooting posture, or even ammunition would affect the accuracy of the rifle. Regardless, it is worth investing on proper and upgraded version of triggers, barrel length, stock and so on to improve your shooting experience.

What is a scout scope?

A scout scope is an integrated part of a scout rifle that is made to improve precision and accuracy. Low-powered scopes are usually used for scout rifles and it is unlike the high-powered ones that are bulky and heavy.

What is eye relief in a scope?

Eye relief is the distance between your shooting eye and the lens of the scope in order for a clear and whole image to be produced. If it’s too far or too near, the view becomes distorted and you will not be able to get an accurate shot.