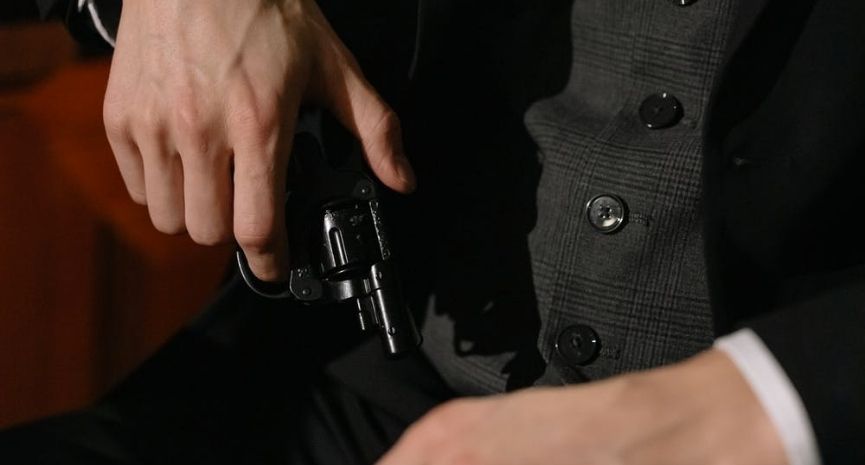 Kentucky is one of the most gun-friendly states in the US, so much so that many residents in Kentucky believe that guns are an element of the Commonwealth’s culture.

Despite being very gun-friendly, the state does have its own set of Kentucky gun laws and if you want to avoid a weapons charge, it’ll do you good to get familiar with the law. Our article today provides an overview of essential information on Kentucky Gun Laws.

Summary of Kentucky Gun Laws in 2022

The state of Kentucky is shall-issue, permitless carry state with licenses processed by the Kentucky State Police. The state does not require residents to obtain a license when purchasing a firearm from a private individual.

There is also no waiting period and no firearms registration required in the state. However, a background checks is required for someone buying a handgun from a Federal Firearms Dealer.

According to Kentucky law, open carry without a license if legal for anyone that’s at least 18 years old provided the person is not prohibited from possessing a firearm. However, some areas are still off-limits such as businesses that are primarily devoted ot the sale of alcohol.

In terms of concealed weapons, Kentucky is now a permitless carry state that makes it legal for anyone at least 21 years old to legally carry a concealed firearm without a license/permit. However, those who want to continue carrying concealed weapons out-of-state will need to get a conceal carry license.

In order to obtain a concealed deadly weapons license, the person needs to successfully complete their firearms training course that’s state-approved. Concealed carry deadly weapon licenses are available to both residents and military personnel stationed in Kentucky but not for non-residents.

Kentucky is a Castle Doctrine state with a “stand your ground” law. The person has no duty to retreat when engaged in an unlawful activity and who is attacked in any other place where he or she has a right to be.

The said person has the right to stand his or her ground and meet force with force, including deadly force, if he or she reasonably believes that such actions is necessary to prevent death or great bodily harm to himself or herself or to someone else.

Use of Physical Force in Self or Third Party Defense

Kentucky gun laws allow the use of physical force by a person when the person believes that such force is necessary to protect himself or herself or a third party against the use of unlawful physical force.

Additionally, the use of deadly force is justifiable when the person reasonably believes that such force is necessary to protect himself or a third party against death, serious physical injury, kidnapping, rape, or other felony involving the use of force.

According to Kentucky Law, the use of physical force by a person is justified when the person reasonably believes that such force is necessary to prevent criminal trespass, robbery, burglary, or other felony involving the use of their dwelling, building, or real property, or theft, criminal mischief, or any unlawful taking of movable property from his or her possession.

Yes, the gun laws in Kentucky allow permitless open carry and concealed carry as of July 1, 2019. Any person who is at least 18 years old and legally entitled to possess a firearm can open carry a weapon in Kentucky.

What is the minimum age in Kentucky for a concealed deadly weapon license?

The minimum age to get a concealed deadly weapon, such as a handgun, in Kentucky is 21 years old.

Does the concealed carry license in Kentucky include concealed weapons other than handguns?

According to Kentucky State Police, other items covered by the concealed carry license include any knife (except ordinary pocket or hunting knife, a night stick or club), blackjack or slaphack, nunchaku, shuriken, and artificial knuckles.

Is it legal to own a taser or stun gun in Kentucky?

Yes, Kentucky Law allows the purchase and possession of stun guns and tasers without a license.

Is it legal to buy or use chemical spray or pepper spray in Kentucky?

Yes, Kentucky does not have any statute prohibiting the purchase or use of chemical spray or pepper spray.

Does Kentucky have restrictions on magazine capacity for handguns?

No, Kentucky does not has a state-mandated limit to handgun magazine capacity.

Does Kentucky have ammunition restrictions?

Yes, Kentucky prohibits the use of armor-piercing ammunition.

Here are a few locations in Kentucky where you can carry a firearm:

Below are areas and places in Kentucky that are off-limits to carrying a concealed firearm even with a permit/license:

Do you have a duty to notify a police officer that you are carrying concealed firearm?

No, residents of Kentucky do not have the duty to inform a law enforcement officer that they bear arms unless asked.

Is the carry license linked to the driver’s license in Kentucky?

Are “No Weapons Allowed” signs enforced in Kentucky?

No, “No Weapons Allowed” signs are not enforced in Kentucky unless they are posted in areas that are specifically mentioned in state law or federal law as being off-limits even with a permit or license to carry.

Does Kentucky have preemption laws related to concealed carry?

Yes, Kentucky does have preemption of all gun laws with the exception that section 237.115(2) specifically authorizes the legislative bodies of city, county, and urban-county governments to prohibit the carry of concealed weapons by state licensees in buildings owned, leased, or controlled by that government unit. Cities can only enforce a concealed carry ban if there’s an ordinance that makes it illegal but they cannot prohibit open carry into those buildings.

Does Kentucky have a red flag law?

No, Kentucky does not have a red flag law.

How does Kentucky law define brandishing?

There is no definition of brandishing in the Kentucky law. However, a person can be found guilty of disorderly conduct int he second degree when he or she causes public inconvenience, annoyance, or alarm, or wantonly creating risk including engaging in a fight, violent, tumultous, or threatening behavior.

Yes, Kentucky does issue licenses to carry a concealed weapon to non-residents but only to members of the military on active duty assigned to a military post in Kentucky.

In order to apply for a concealed carry weapons license in Kentucky, the applicant must

Fees: Initial license and renewals are $60 ($20 goes to county sheriff and $40 to Kentucky State Treasurer)

Non-Resident Licenses: Kentucky issues non-resident licenses to members of military on active duty assigned to a military post in Kentucky.

Step 2: Present the training certificate and passport-type photo at the sheriff’s office and complete the application form.

Step 4: Wait for the notification of your application’s status.

The firearms safe course must be approved by the Department of Criminal Justice and shall:

Concealed Carry Reciprocity with Other States

Other States’ Reciprocity With Kentucky