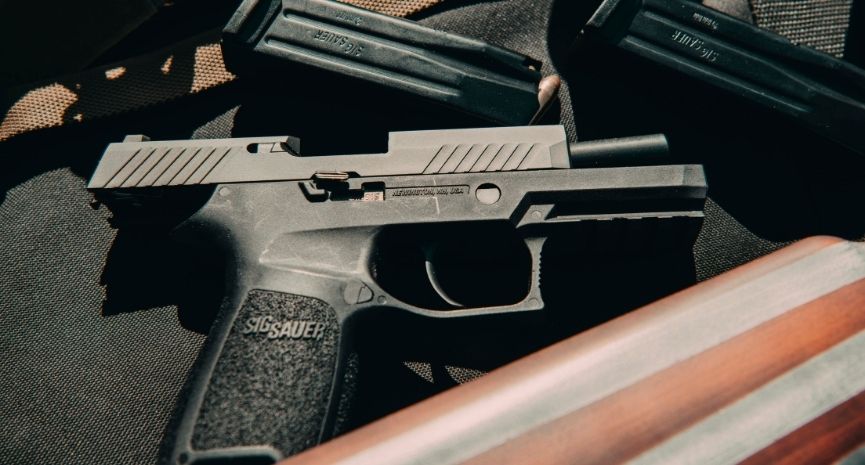 Missouri has been a constitutional carry state since January 2017 and that means no permit is required to openly or conceal carry a firearm. However, Missouri still gives out permits on a “Shall Issue” policy for reciprocity with other states.

There is also no need to register your firearms or get a purchase permit. Some specially trained school employees are also given permission to carry firearms on school grounds.

How Reciprocity Works in Missouri

Every CCW permit from other states is acceptable by Missouri. There are 6 states with written reciprocity agreements with Missouri, and they are Texas, South Dakota, Mississippi, Ohio, Pennsylvania, and New Hampshire. There are also 27 states that will still honor a Missouri CCW permit even without the written agreement.

For Wisconsin, only Missouri permits that were issued after 8/23/13 are honored and Virginia only honors the CCW permit if the holder is at least 21 years old.

If you want to apply for a valid concealed carry permit in Missouri, here are the requirements that you need to meet:

To apply for CCW permits, you may follow these steps:

For the renewal of CCW permits, here’s what you need to know:

Not every county in Missouri has the same fee because it varies from county to county. However, the law states that it must not be more than $100 for a standard 5-year permit.

However, you should take note that the extended and lifetime permits are only valid in Missouri and not other places.

Here is a list of places in Missouri that prohibits you to carry concealed firearms:

While it might seem like many areas in Missouri prohibit persons holding a CCW, there are actually places in Missouri that allow for CCW. For instance, state parks, state and national forests, roadside rest areas, vehicles, and other areas of the state that are not prohibited.

There are some other state laws that you should be aware of and it can be helpful when you’re in those situations yourself.

If you want to purchase a firearm in the state of Missouri, there will be no background checks required. However, buyers must be at least eighteen years of age and be able to provide some form of state ID to the private seller. It is also not necessary to register or have purchase permits in order to buy a handgun or long gun.

A full state preemption over every Missouri law for guns is in play. This means local authorities are still able to regulate the discharge of a firearm and openly carry it if a person doesn’t have a CCW permit. However, the regulations will not be applicable to any individual with a CCW who is open carrying.

The castle doctrine, also known as the stand your ground law, is a common law principle that ensures private property owners can legally use deadly force to protect themselves from imminent threats posed by intruders.

This law indicates that a person is not legally allowed to use deadly force against others except in the following situations:

The castle doctrine is helpful for people to understand when they can legally use deadly force to protect themselves. However, the castle doctrine would be better explained by a criminal defense lawyer, so if you need more facts for your case, you should consult with an attorney with the relevant experience and skills.

Now that we’ve come to the end of our guide, we believe you will have a better understanding of Missouri concealed carry law. We’ve also covered where concealed carry is allowed and not allowed, so be sure to keep that in mind to avoid legal issues.

Do check out the frequently asked questions (FAQs) section if you wish to know more about the possession of a firearm and its use of it.

Can I open carry in the state of Missouri?

Yes. You are allowed to openly carry without a permit in the state of Missouri. However, the authorities are still able to regulate open carry if the individual doesn’t have a valid concealed carry endorsement or permit.

If the individual has one, then he or she is allowed to carry openly anywhere as long as it’s not a restricted area and authorities are not allowed to place any restrictions on them.

What is considered an unlawful use of weapons?

A person commits the offense of using weapons unlawfully when he or she knowingly:

Is there a “must inform officer” in Missouri?

No. There isn’t a state law that requires you to inform the law enforcement officer that you carry a firearm on you. However, you do need to carry your permit along with your photo ID, at all times.

Can I have a concealed handgun in restaurants that serve alcohol?

Yes. The possession of a weapon is allowed in restaurants provided that you are not intoxicated. However, if a restaurant has posted “NO GUN” signs, then you should check with the staff by which area they refer to. If it’s just the bar area, then you have the green light to have a meal at the restaurant without consuming any alcohol.